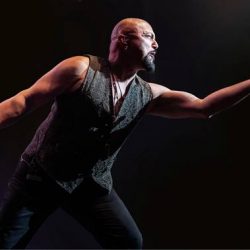 “…people really relate to music and they feel strongly and fiercely and about certain songs and man, as a performer standing up there and performing it, you feel that, you feel the audience and what they’re feeling, it’s a very powerful feeling…” From Release: Multi-platinum selling, Grammy nominated singer/songwriter Geoff Tate is regarded as one of the most skilled and […]

END_OF_DOCUMENT_TOKEN_TO_BE_REPLACED 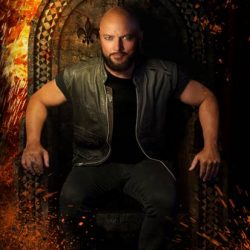 HARDLINE MEDIA proudly present GEOFF TATE’S OPERATION MINDCRIME! The legendary frontman returns to Australia with his band to perform the classic concept album “Operation Mindcrime” in its entirety, and much more! BRISBANE, SYDNEY and MELBOURNE get ready! Multi-platinum selling, Grammy nominated singer/songwriter GEOFF TATE is regarded as one of the most skilled and iconic vocalists in the rock and metal genres. His soaring vocals combined with his complex, lyrical content […]

END_OF_DOCUMENT_TOKEN_TO_BE_REPLACED 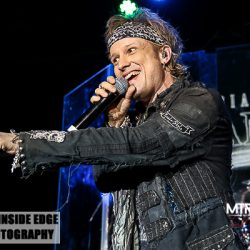 May 13, 2019 by MTRBWY in Live, Photos Comments are Disabled

Essential Information Venue: Metro Theatre – Sydney Date: May 12, 2019 Photos by:  Peter Coates – Inside Edge Photography Presented by: Overdrive Touring Images should not be reproduced without consent of photographer and MTRBWY Check out our review of the night HERE

END_OF_DOCUMENT_TOKEN_TO_BE_REPLACED 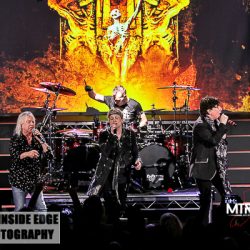 May 13, 2019 by Troy Culpan in Live Shows, Reviews Comments are Disabled

Another first for Australia gets ticked off the list tonight as Tobias Sammet finally makes it Down Under with Avantasia! Here with a who’s who of rock and metal and this is going to be nothing short of Avantamazing, no wait, Amazitasia, nope, ooh Avamazia, better but just read on. As the seven piece band take to the stage, and […]

END_OF_DOCUMENT_TOKEN_TO_BE_REPLACED 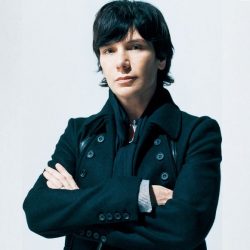 “…it’s epic tunes about fantasy and heaven and hell and all points in between, it’s probably like ten concerts in one, you’re gonna go away and you’re gonna be stunned at the end of it and you’ll be like what the hell just happened?” As the AVANTASIA dates, inch closer and closer to Australia, set for impact this May, the cast of […]

END_OF_DOCUMENT_TOKEN_TO_BE_REPLACED 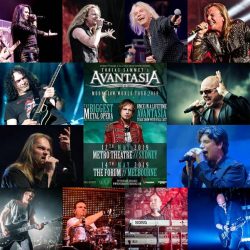 As it was announced late last year that the world’s biggest Metal opera was finally coming to Australia. 20 years after the release of the original Metal Operas, Musical mastermind Tobias Sammet decided to bring the full AVANTASIA stage show to Australia! As the AVANTASIA dates, inch closer and closer to Australia, set for impact this May, the cast of this once-in-a-lifetime event has been announced! Amidst […]

END_OF_DOCUMENT_TOKEN_TO_BE_REPLACED 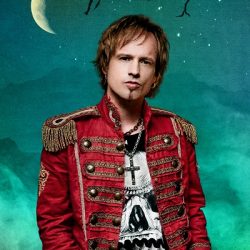 March 3, 2019 by Troy Culpan in 2019, Features, Interviews Comments are Disabled

“The whole album is pretty much a celebration of the love for the abnormal *laughs* I can say, and I can relate to that and it’s a very heartfelt and honest album.” From Release: AVANTASIA, the all-star rock opera spaceship piloted by EDGUY singer, songwriter and producer Tobias Sammet, have released their eighth full-length album, ‘Moonglow’, via Nuclear Blast Records. […]

END_OF_DOCUMENT_TOKEN_TO_BE_REPLACED 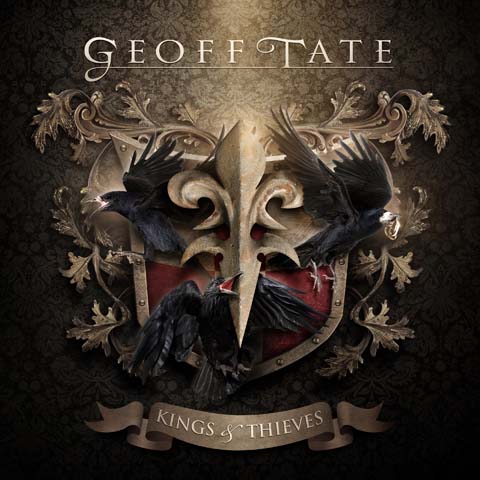 GEOFF TATE, the acclaimed voice of Queensryche, will release his second solo album, KINGS & THIEVES, on November 6, 2012 in North America.  KINGS & THIEVES will be TATE’s first solo album in more than a decade and his debut release for InsideOut Music.  As one of the most well-known and respected vocalists in the history of hard rock and heavy metal, GEOFF TATE has sold over 20 […]

END_OF_DOCUMENT_TOKEN_TO_BE_REPLACED

September 3, 2012 by MTRBWY in Music News Comments are Disabled

In a statement made via www.queensryche.com, Queensryche lead singer Geoff Tate has issued this statement about his version of Queensryche, which now has a lineup attached to it…… “I’m sure the last few months have been very frustrating for you. I know they have been for me. There are so many questions and so few answers. It is said that adversity […]