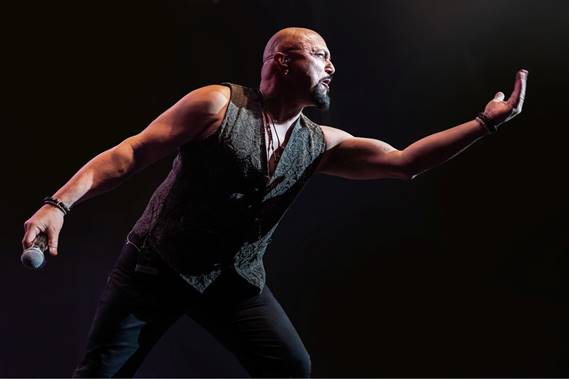 “…people really relate to music and they feel strongly and fiercely and about certain songs and man, as a performer standing up there and performing it, you feel that, you feel the audience and what they’re feeling, it’s a very powerful feeling…”

From Release: Multi-platinum selling, Grammy nominated singer/songwriter Geoff Tate is regarded as one of the most skilled and iconic vocalists in the rock and metal genres. His soaring vocals combined with his complex, lyrical content and full band, provide a backdrop for a rare live experience. A voice. An album. A band. Not to be missed. After a long, successful and critically acclaimed international run for the 30th Anniversary of “Operation: Mindcrime” throughout 2018 and 2019, Geoff and the band will grace Aussie shores with a much-anticipated performance of the entire album, followed by many more hits.

In Seattle rehearsing for the tour we gave Geoff Tate a call to talk about his return to Australia for some special ‘Operation: Mindcrime’ shows, memories of the album, touring, trends, and more…

We’re here because you’re heading back to Australia to deliver us special 30th Anniversary ‘Operation: Mindcrime’ shows where you’ll be playing the album is full for us, but outside of that how will these shows work set wise?
Well, we are playing the entire ‘Operation: Mindcrime’ album in its entirety, and well hopefully we will have an encore set if the audience thinks that we are worthy of an encore we’re hoping that will be the case and we’ll play an encore set of well some various songs, probably something that someone will recognise I’m sure.

Looking back to when you released ‘Operation: Mindcrime’ back in 1988, what do you remember about essentially releasing what was not really the norm by releasing this concept album?
No it was something quite different really, and it took a while to catch on, I know that. It was sort of a record that people didn’t quite know how to take it, and so we put it out and we toured pretty extensively on the record and I think it was probably twelve months out and our management thought we should go back in the studio and write some more songs and do a new record because that album had kind of run its course, so we were following their advice and we got a call from a guy who was one of the main people at MTV and he loved the record and asked us if we would do a video for it and he guaranteed us that he would play it on MTV if we made a video. So we’re not fools *laughs* we made a video and we put it on MTV and god, about two weeks after we put it up the album went gold and it just kept climbing and climbing and climbing, it got to be platinum and everything and it was an amazing sort of journey to watch this unfold, and sort of to witness the power of television all in one go.

30 years on it’s still widely considered one of the best metal albums of all time, what do you think this comes down to?
It’s got a lot of catchy songs, it captures an atmosphere of intrigue and mystery and got a bit of angst and desperateness about it. I think lyrically it touches on real classic themes, you know you have the good and the bad, good vs evil, you have sort of a cross section of human personalities involved with the story, it’s got a number of things I think that are attractive, and last but not least I think it’s a unique record, it’s a very different type of record and kind of stands out.

You were last here in Australia with Avantasia and man, that was insane, your voice live though has never wavered, what sorcery do you use to keep it at this amazing level?
Well it’s yeah… well one time I was having a little problem with my voice and I became frightened that I would lose it and lose all my rock and roll power you know, so I made a deal with Satan and every since then things have been great *laughs*. I think in the long run I’ll have some payment to make, until then I’m enjoying it. I don’t know I just try to stay healthy that’s my philosophy, because your voice is a muscle and you’ve got to keep using and I just try to keep using it. Some people think I’m crazy but on my tours I don’t like to take days of, I like to power through the tour, and that’s how I play better, I perform better with that kind of intensity you know and people freak out about that. For me it’s just my natural rhythm is to go hard, to use that muscle, that voice muscle as much as I can. I guess it’s use it or lose it if I want to make a spin phrase off it *laughs* that’s my philosophy.

Being in the business now for over forty or so years spanning six decades now it can be easy to say what’s changed but what is the one thing that’s stayed the same over your time making music?
Hmm… well, one thing that’s very much the same is when you step on the stage as a performer and you sing your song the reaction that you get from the audience is always the same, it’s a wonderful feeling, it’s a fantastic connection that at the risk of sounding sappy it’s just a very emotional connection that you have with people when you make music, because people really relate to music and they feel strongly and fiercely and about certain songs and man, as a performer standing up there and performing it, you feel that, you feel the audience and what they’re feeling, it’s a very powerful feeling, very powerful, and I think I’m addicted to it, I love performing live, I love playing shows, I love travelling and meeting people and having conversations with people, and site seeing and I just love the whole thing so I’ve definitely got the right job for me *laughs*.

Over your time as a musician you would’ve seen changes in trends, technology, and more. What for you has been the most pivotal moment you’ve seen happen in music over that time?
Probably the advent and invention of digital technology has been the thing that’s really radically changed my industry on a number of different levels. First off how you make music has changed, the technology that we used to use to record music has changed radically into something new and more compact and affordable, I carry around with me now a studio that fits in my suitcase that’s more powerful than what I recorded most of my records on in the past, so that’s radical, right? Also digital technology the ability to make copies of it, to download digital music has changed the economy of the record industry and it’s no longer the same industry anymore because of that. So just those two have completely given the whole industry a complete face lift really.

On that, ‘Operation: Mindcrime’ was one of the first digitally made records too I believe…
It was, yeah. Probably one of the first five digital releases. It was funny when we made the record, of course we made it digitally, first digital machines and it was very harsh and hard and cold, the sound was something that was quite different than what the world was used to, we were used to analogue recording that had a warmth to it, kind of like a fuzziness. I remember standing in the conference room at EMI records when we had to present our record to the record company and play it for the first time, and I was watching their faces sort of contort and they were scratching their heads and kind of moving their fingers into their ears *laughs* because the sound was so brittle and hard *laughs* but they were trying to be polite about it, maybe the band won’t notice but we’re trying to plug our ears *laughs*. They made us go back and remaster it and warm it up *laughs*.

In terms of new music is there anything in the works you can tell us about?
Well, you know I spent the last few years making a lot of music, I released four albums and I’ve sort of taken a little bit of a hiatus and not releasing anything for a while, although I have a lot of material ready to go, I’m just sort of unsure as to what to do with it right now because the medium has changed so much and I’m just giving it a little time sort of where to put it. Do I make an EP out of a couple of things? Or do I put out a full record? Or do I release singles or so you’d say like individual tracks? I just haven’t figured out what to do with it yet.

Lastly let’s look ahead to the future, finish this sentence for me, in 2020 Geoff Tate wants to…
Go around the world three times on my frequent flyer miles *laughs*. I’d like to actually get a few more countries under my belt, I’ve been to sixty five countries now and I believe there’s a hundred and twenty one countries, so I’ve got a long ways to go, but I guess I’m over half so that’s good. 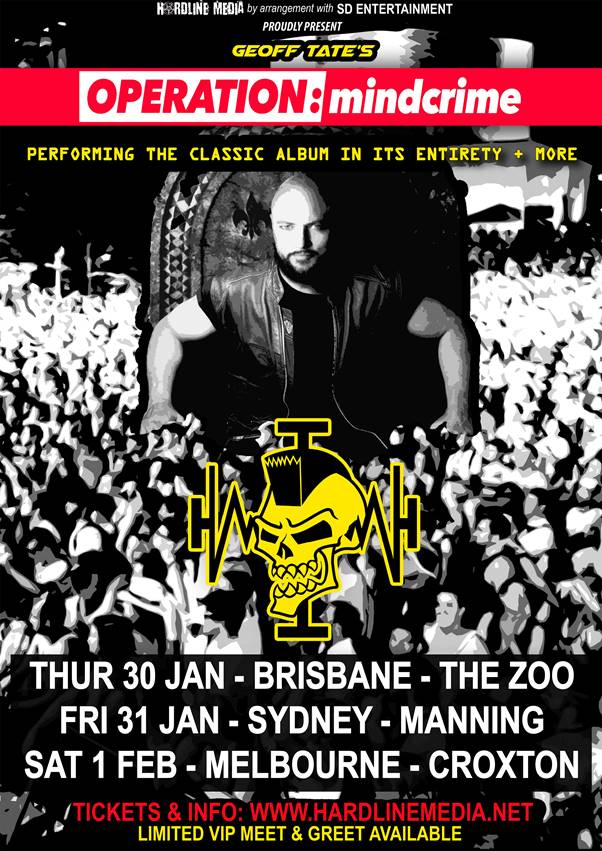