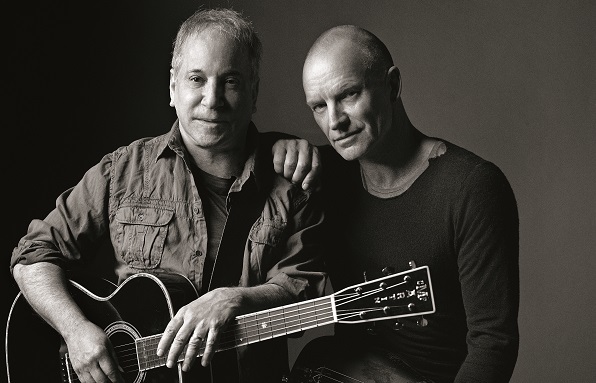 Live Nation Global Touring announced today thatSting & Paul Simon, two of music’s most renowned and enduring artists, will bring their critically-acclaimed On Stage Together tour to Australia and New Zealand in January and February 2015. The tour kicks off Friday, January 30th at Vector Arena in Auckland and will continue on to select cities and venues including the Brisbane Entertainment Centre, Rod Laver Arena […]

END_OF_DOCUMENT_TOKEN_TO_BE_REPLACED

Today Bluesfest Byron Bay – the Festival everyone is talking about – held over the Easter Weekend March 28 to April 1 delivers its fans yet another superb release of Artists. The question on everyone’s mind, “Aren’t they done yet?” can be answered with a clear NO. There is simply no stopping Bluesfest this year. The latest announcement brings a […]

END_OF_DOCUMENT_TOKEN_TO_BE_REPLACED

Today Bluesfest Byron Bay, Australia’s Number 1 Blues & Roots Music Festival (Easter Weekend March 28 to April 1) brings to all Australian Fans an announcement very much close to their heart! This latest Bluesfest release focuses on our remarkable Australian, as well as New Zealand Artists, and brings a perfect selection of ‘well known’ and ‘up and coming’ home […]