“The vibe is really good in the whole camp and the band and crew are all getting along great and I think just having Jesse so excited to be back and touring and doing it for a living, his positive vibes are rubbing off on everybody, so it’s good. The morale is high. *laughs*” From tour release: KILLSWITCH ENGAGE’S ‘Alive Or […]

END_OF_DOCUMENT_TOKEN_TO_BE_REPLACED

March 1, 2013 by Troy Culpan in 2013, Features, Interviews Comments are Disabled

“It’s a great way to come down here and get the most people, like the most bang for your buck with people watching because we don’t get here that often but when we do get here and see tonnes of people it’s a really great way to get our band out as much as possible.” From Bio: Sometimes, a much-loved […]

END_OF_DOCUMENT_TOKEN_TO_BE_REPLACED 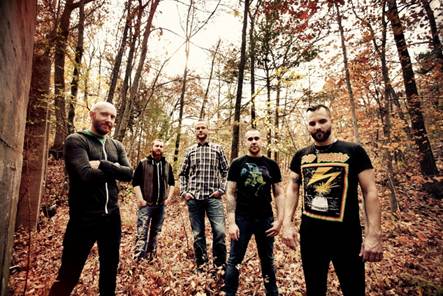 January 11, 2013 by MTRBWY in Music News Comments are Disabled

KILLSWITCH ENGAGE ANNOUNCE DISARM THE DESCENT AS TITLE OF NEW ALBUM OUT MARCH 29  Grammy-nominated, Massachusetts-based hard rockers Killswitch Engage – singer Jesse Leach, guitarist Adam Dutkiewicz, bassist Mike D’Antonio, guitarist Joel Stroetzel and drummer Justin Foley have announced Disarm The Descent as the title of their upcoming sixth album.  The 12-track record is due out March 29 on longtime label Roadrunner Records and is the follow up to 2009’s self-titled […]