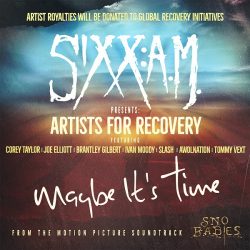 August 21, 2020 by MTRBWY in Music News Comments are Disabled

The song is the cornerstone of an industry-wide initiative to draw attention to the opioid crisis and raise funds to serve the recovery community and save lives. Timed to launch the USA National Recovery Month in September, this campaign leverages all manners of entertainment to send an important message of hope for recovery, starting on International Overdose Awareness Day, August […]

END_OF_DOCUMENT_TOKEN_TO_BE_REPLACED 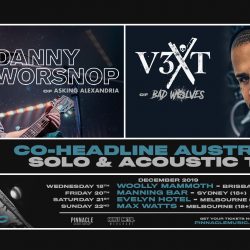 Two of rock’s most iconic modern day voices are coming to Australia for a world-first set of co-headline acoustic dates! Asking Alexandria’s Danny Worsnop and Bad Wolves’ Tommy Vext will bring their raw, un-plugged sound to Australian audiences this December as a special pre-Christmas treat. Founder and vocalist of British metalcore royalty Asking Alexandria, Danny Worsnop is a name synonymous […]

END_OF_DOCUMENT_TOKEN_TO_BE_REPLACED

February 18, 2019 by MTRBWY in Live, Photos Comments are Disabled

END_OF_DOCUMENT_TOKEN_TO_BE_REPLACED 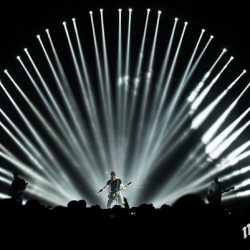 It’s time to feed the rock and roll machine! Nickelback are Nickelhere in Sydney tonight promoting their newest album ‘Feed The Machine’ and being a Nickelback friendly zone here at MTRBWY we never miss these guys when they’re in town, so tonight we’re ready once again! Warming up the crowd tonight Bad Wolves instantly hit it and hit it hard. […]

END_OF_DOCUMENT_TOKEN_TO_BE_REPLACED 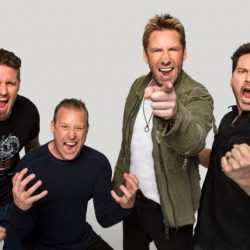 NICKELBACK return to Australia for three shows only

Multi-platinum, chart-topping rock band, NICKELBACK, has announced their massive Feed The Machine Tour will land in Australia this summer, bringing their biggest production yet for three shows only. Touring in support of their ARIA #3 album, Feed The Machine (out now through BMG), these will be Nickelback’s first Australian shows since May 2015. The multi-platinum-selling powerhouse will hit the Brisbane Entertainment Centre on February 13, Sydney’s Qudos Bank Arena […]