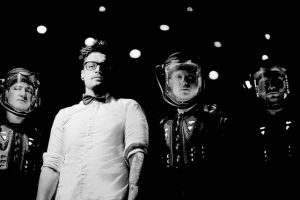 Dustin Bates is the Albert Einstein of rock and the band’s epic cinematic music acts as the scores to equally epic science fiction tales.” – Kill Your Stereo

One of today’s most innovative rock bands STARSET are heading to Australia for the first time this August in support of their stellar sophomore album,Vessels.

STARSET’S musical vision is only understood by entering the psyche of founding member and multi instrumental vocalist, Dustin Bates. Bates – a graduate with a Masters degree in electrical engineering, who taught at the international space university in France and conducted research for the US Air Force – has combined his passion of science and music to create a musical beast.

STARSET’S debut album, Transmissions, and accompanying graphic novel ‘The Prox Transmissions’ established the fictional back story of planet Prox, a future haven from a dying earth. The album went on to sell over 250,000 albums. Since then STARSET have dedicated themselves to understanding how various technologies might affect our lives politically, socially, and economically.

Their new sophomore album, Vessels, single-mindedly tries to push the boundaries further. Vessels splits its narrative into an interconnected inter-zone of four separate dangerous visions. From a return to Prox to an admonishment of the dangers of genetic engineering to a near future where advances in artificial intelligence defy convenient notions of love, life and death, Bates has engineered an aural anthology that will challenge the STARSET faithful while delivering on the first album’s powerful promise. 2017 will also see MARVEL COMICS release a graphic novel based on THE STARSET SOCIETYcontinuing the journey of Vessels.

“If revered darkwave pop veterans Depeche Mode multiplied their aural dimensions by seven, something like Vessels would emerge.” – Kerrang!

STARSET’S live “demonstrations” are built on the same alloy of ambition, technology and raw emotion. With over 300 shows logged to date, Bates and his helmeted-and-pressure-suited crew have distinguished themselves as one of most entertaining live bands. 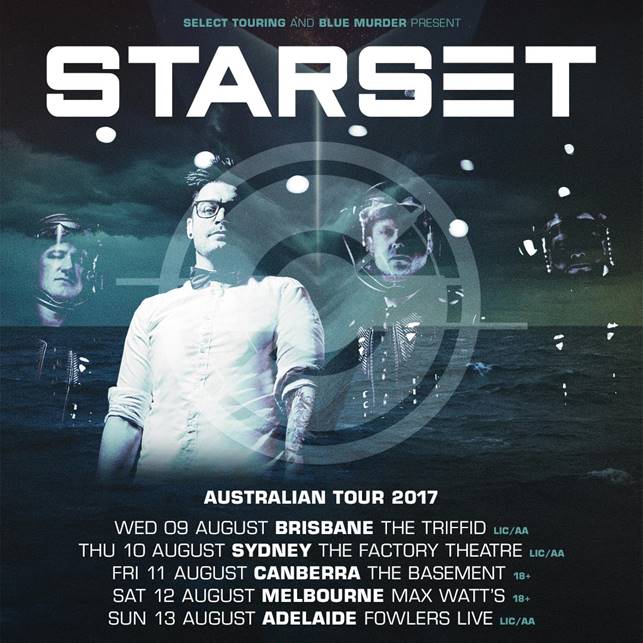 Read our interview with Dustin of Starset HERE