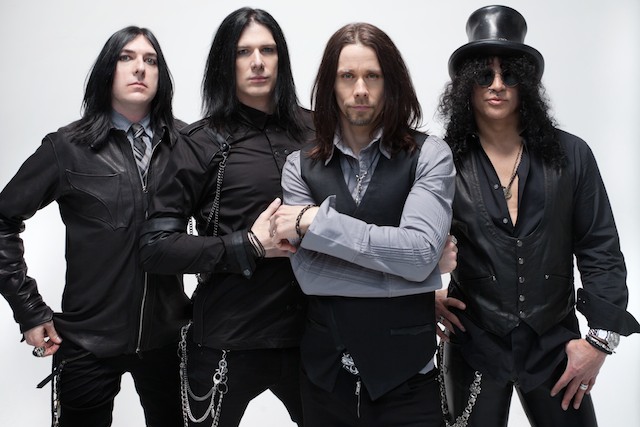 Check out our interview with Slash right here…

Check out our recent interview with Myles Kennedy right here…

SLASH & Co are set to perform an all killer career spanning set from early Guns to Velvet Revolver and 2 amazing solo albums, the latest of which, Apocalyptic Love, has garnered praise from fan forums to broadsheet newspapers and all points in between.

“Like some kind of rock ‘n’ roll kaleidoscope, the album evinces the legendary guitarist at his best from all angles. There are soft and subdued moments. There’s danger. There’s mayhem. There’s blues. There’s shred.” – Artistdirect

Like the new album, and the debut before it, the perfect rock marriage of Gibson and Marshall comes to life in SLASH’s live show.  “In front of a wall of Marshall amps Slash in top hat, leather pants and sleeveless shirt played his guitar like a man possessed racing from one side of the stage to the other” Triple M 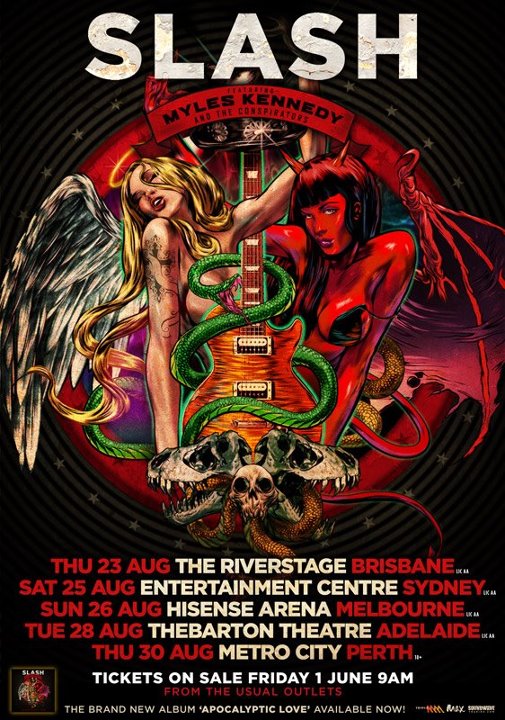