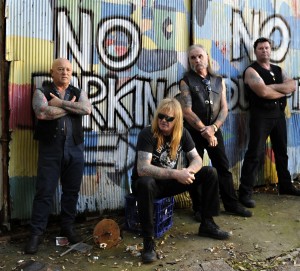 In the category of ´cult bands` ROSE TATTOO has been at the top of the pile for years. The band can take a punch and are full of vitality; they put every kick in the face behind them and still have the energy to carry on and deliver both live and on record. Their latest album, ‘Blood Brothers’, is a tribute to the band members Peter Wells and Ian Rilen who unfortunately recently lost their lives. But it’s also a manifestation of Rock´n`Roll of the strongest form; powerful, unrelenting and wildly uncompromising. ROSE TATTOO will be bringing their balls-out live show to Sydney and Melbourne. 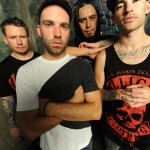 I AM GIANT are certainly a band living up to their name and will be bringing their pure unadulterated rock to the Brisbane, Adelaide and Perth shows. Their new album, ‘On the Horrifying Truth’, is fuelled by a youthful idealism and has an unquenchable fire in its soul.

SLASH & Co are set to perform an all killer career spanning set from early Guns to Velvet Revolver and 2 amazing solo albums, the latest of which, Apocalyptic Love, has garnered praise from fan forums to broadsheet newspapers and all points in between. “Like some kind of rock ‘n’ roll kaleidoscope, the album evinces the legendary guitarist at his best from all angles. There are soft and subdued moments. There’s danger. There’s mayhem. There’s blues. There’s shred.” – Artistdirect

Like the new album, and the debut before it, the perfect rock marriage of Gibson and Marshall comes to life in SLASH’s live show.  “In front of a wall of Marshall amps Slash in top hat, leather pants and sleeveless shirt played his guitar like a man possessed racing from one side of the stage to the other” Triple M.

Check out our interview with I Am Giant right here…