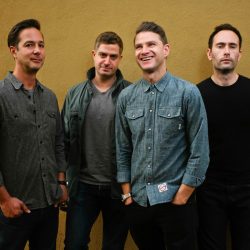 August 10, 2020 by MTRBWY in Music News Comments are Disabled

Pop-punk luminaires American Hi-Fi have just revelaed their new covers EP ‘Anywhere Else But Here‘. This follows on from the release of ‘Another Nail in My Heart‘, their third cover release this winter, following recent reimaginings of Madness‘ ‘Our House‘ and Joe Jackson‘s ‘Steppin’ Out‘. Frontman Stacy Jones shares: “We chose them because this is the music that we grew up on. These are the artists that made us […]

END_OF_DOCUMENT_TOKEN_TO_BE_REPLACED 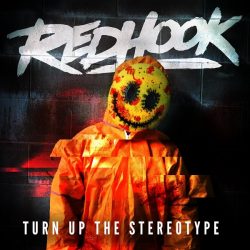 October 26, 2018 by MTRBWY in Music News Comments are Disabled

After their 2018 debut single ‘Minute On Fire‘ exploded on YouTube with 1.8 million streams (largely thanks to fan-generated content) Sydney-based screaming rap-rock-electro-pop mutants RedHook have returned with their new single, ‘Turn Up The Stereotype‘. “I might be a fuck up, but at least my fuck ups are original,” roars vocalist Emmy Mack in the song’s psychotic two-step glitch breakdown, in a loud and furious […]