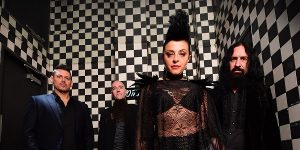 Australian rockers Lillye will release their debut full-length album entitled Evolve on May 18, 2018 via Eclipse Records. The band is fronted by vocalist Virginia Lillye who previously held lead roles in theater productions such as Cats, Jesus Christ Superstar, Grease, and more. The album was produced by bassist Christian Lauria at his own Machine Men Studios, and mixed by Shane Edwards (Northlane, Hanz Zimmer, Thy Art is Murder) at Karma Studios. 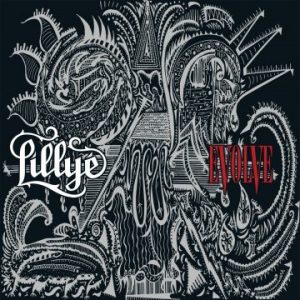 The band have also revealed a new music video for the album’s first single, entitled ‘Run’. The “Mortal Kombat”-inspired video was directed by Dave Molland w/ assistance from Max Greig and filmed at Sydney Props and Boo & Cams. Watch it right now at this location.

“Run is dedicated to a dear friend and fan of the band, Luke “Woody” James Woodland who passed away in 2014” states vocalist Virginia Lillye. “He was conscious about environmental issues and the importance of significant numbers that ran in sequence. One of his attempts to make people aware of the environment would be to paint himself blue, spay his hair green and become “Captain Planet”. He would then begin running around Sydney, Australia starting from a suburb beginning with a letter of the alphabet then ending in another suburb beginning with the same letter. This was his favorite song, and whenever we played it live, he would be the first to break out into a wild dance. We were fortunate to have his younger brother Will, play the lead role in our video, and honored that he portrayed his brother Woody who was such a colorful and passionate character.”