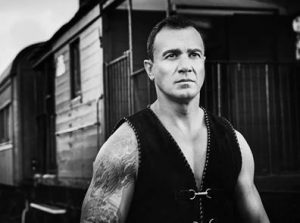 Aussie legend Shannon Noll has announced details of his long awaited new album, Unbroken, which will be released on February 2nd, his first since signing with Warner Music Australia. Unbroken will be Shannon’s first new album in seven years and will feature lead singles Who I Am and Southern Sky, a fan favourite cover version of Creedence Clearwater Revival’s Fortunate Son, with all three tracks available now via the album pre-order. A fourth track, Land Of Mine, will also become available on January 19.

“It’s been a good while since I’ve released an album even though I’ve been writing the whole time and I’m so proud to say that these songs are the best of all the songs I have written”, said Noll. “I’ve had more input than ever, so this album is more personal to me than any other before it.  I can’t wait to see what my fans think of it, because I couldn’t be happier!”

There’s a sense of coming full circle for Noll on Unbroken. It’s an album of reflection and conviction, the former farm boy from Condobolin taking a close look at his roots, his fame, his love of Australia and his family and at the trials of getting older. Most of Unbroken was recorded in the same Kings Cross Studio that Noll recorded his post-Australian Idol debut album That’s What I’m Talking About in, and saw Shannon again teaming up with producer Craig Porteils, who crafted Noll’s first #1 hits What About Me? and Drive.

Shannon co-wrote with a handful of new and familiar collaborators across the tracks on Unbroken, such as Evermore’s Jon Hume, Busby Marou’s Tom Busby and Sydney songwriter Lindsay Rimes, who contributed six of the songs on Noll’s previous record.

Shannon will celebrate the release of Unbroken by doing what he loves most; hitting the road with his band and performing for his diehard fans. Full tour dates for Shannon’s Unbroken Album Tour are listed below, with fans being able to pre-order a special ticket and album bundle via the ticket links below.

“I’m champing at the bit to go play them live,” he says. “There were a couple of years where I didn’t play as much, but that has revitalised me. I’m a bit more in the moment again and enjoying what’s happening, rather than worrying about what’s around the corner. I’m singing better than I ever have and the band is cooking. It’s back to being lots of fun.” 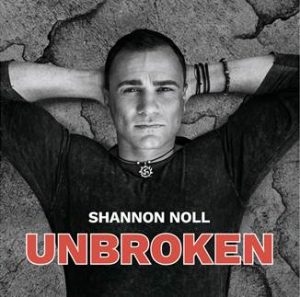