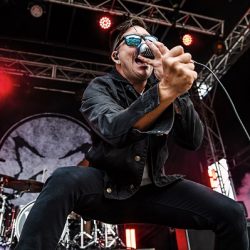 THE BUTTERFLY EFFECT drop video clip for first new musical offering in over a decade, ‘Unbroken’

April 9, 2020 by MTRBWY in Music News Comments are Disabled

Off the back of a sold out tour, a towering new single, and killer sets at Good Things festival, Australia’s favourite rockers The Butterfly Effect have today served up the video for their first new musical offering in over a decade, Unbroken – giving viewers a AAA pass to life on stage and backstage.  Featuring behind the scenes footage and on-stage rampaging from their performances at Good […]

END_OF_DOCUMENT_TOKEN_TO_BE_REPLACED 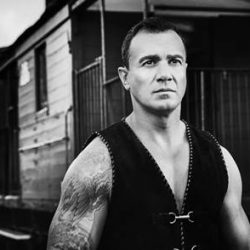 Aussie legend Shannon Noll has announced details of his long awaited new album, Unbroken, which will be released on February 2nd, his first since signing with Warner Music Australia. Unbroken will be Shannon’s first new album in seven years and will feature lead singles Who I Am and Southern Sky, a fan favourite cover version of Creedence Clearwater Revival’s Fortunate Son, with all three tracks available now via the album pre-order. A fourth track, Land Of […]