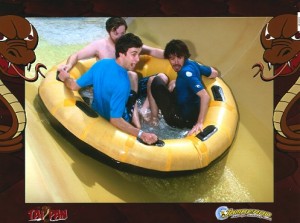 In between recording their next shout-a-long anthem and rubbing shoulders with the country’s leaders, Canberra’s finest slacker punk trio Super Best Friends have found time to squeeze in a series of pre-season training shows as they gear up for the release of a new single and music video.

The 1,2,3! Tour will see the band play shows in Canberra, Sydney & Melbourne on the 1st, 2nd & 3rd of August with a fistful of new songs and some fine local supports in tow.

The Besties (as they’re known to their fans) kicked off 2013 with a bang, touring with Emperors in WA, following up last year’s ‘Handshake’ EP Tour which saw the band headline in Queensland, New South Wales, Victoria and South Australia.