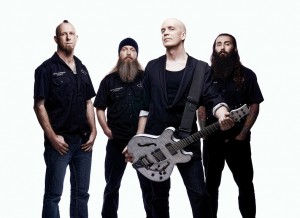 DEVIN TOWNSEND is one of the most admired and celebrated figures in the metal world!

DEVIN TOWNSEND has astonished, beguiled and occasionally baffled all comers in numerous incarnations in a career spanning two decades.  He has produced a catalogue of work that can only be described as iconic; inventing and reinventing the rules as they go along.

Check out our review of ‘Epicloud’ here

There are no more joyous experiences in modern metal than a DEVIN TOWNSEND concert and on his upcoming October tour fans can expect a career defining set featuring songs from across his expansive catalogue.