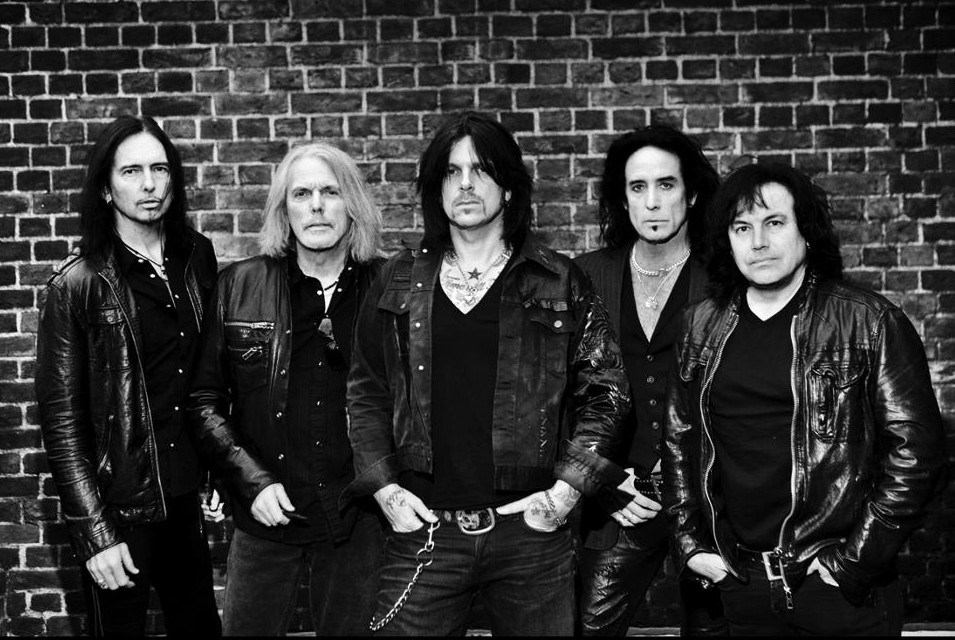 In October 2012 Thin Lizzy announced that they would not be recording new material under the Thin Lizzy monicker. The last incarnation of the band – Scott Gorham, Brian Downey, Darren Wharton, Ricky Warwick, Damon Johnson and Marco Mendoza – would be looking to form a new project.

Black Star Riders is set to enter the studio in Los Angeles in January 2013 to start recording their debut album with the legendary Kevin Shirley (Led Zeppelin, Iron Maiden, Aerosmith, Rush). The album will feature material the band wrote whilst touring as Thin Lizzy and the sound retains that classic feel but is very much its own as well. The Black Star Riders record is the next step in the evolution of the Thin Lizzy story.

“We are all very excited about the music that we have created for Black Star Riders. The synergy between the five of us has been phenomenal and I can’t wait for the world to hear these songs.” Ricky Warwick
The new, as yet untitled, album will be released in May 2013 through Nuclear Blast – the label behind acts such as Anthrax, Nightwish and Meshuggah. Black Star Riders are one of the first bands signed by Monte Conner – the former Roadrunner A&R guru who has signed acts such as Slipknot, Machine Head, Sepultura and Rush. Conner recently joined Nuclear Blast as the president of Nuclear Blast Entertainment, a new U.S. partnership he co-founded with Nuclear Blast owner Markus Staiger.

Says Conner: “As a lifelong Thin Lizzy fan, I was floored by this line-up’s new material. Not only do the new songs sound like Thin Lizzy but they sound like CLASSIC Thin Lizzy. Black Star Riders totally captures the essence of what was great about the original band while at the same time adding something totally fresh and modern. Even when I heard the band decided to change their name, my interest in signing them did not waver for one second.”
The band are looking to support their May album release with European festivals shows in the summer of 2013 and follow this up with worldwide touring. The set list will consist of material from the new album and classic Thin Lizzy material.

Thin Lizzy aka Black Star Riders will be touring Australia in March 2013, check all the details here…