The Cult Reveal Prequel To Choice of Weapon Album 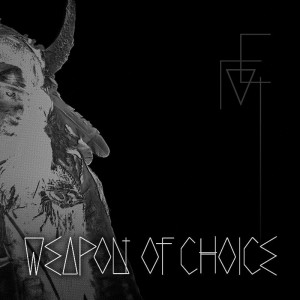 In an ingenious move often reserved for film, The Cult has announced they will be releasing a ‘prequel’ to accompany their latest critically acclaimed album, Choice of Weapon. The digital-only release Weapon of Choice reveals the songs at a stage of development that will be of interest to The Cult’s fans and followers. Weapon of Choice is a document of a work in progress and offers a unique opportunity to hear The Cult’s process. The material has not been previously released, and will be available exclusively on iTunes for two months only beginning Friday October 19, 2012.

“These songs were turned over and over, forged in long rehearsals and writing sessions, and emanated from challenges both personal and professional,” said lead vocalist Ian Astbury.

The dynamic ten tracks that comprise Weapon of Choice were recorded when The Cult returned to the studio in 2011 with producer Chris Goss. The songs were conceived in New York, Los Angeles, the California desert and the band’s Witch Mountain studio.

“We put our guts into this; Goss was able to create an environment where the songs were born through playing and turning over lyrics, through hard work and intense sessions,” continues Astbury. “These songs have an integrity and rawness of their own. In many ways it’s a different album to the one we released and reveals the foundations of Choice of Weapon. We were able to close the doors and begin to explore spaces we had not been in for a while.”

Now The Cult has revisited the Chris Goss material to unveil the creative process and foundation behind Choice of Weapon. Followers of The Cult can keep up with interactive countdowns leading up to the release and take down of Weapon of Choice on the band’s website and social media properties.