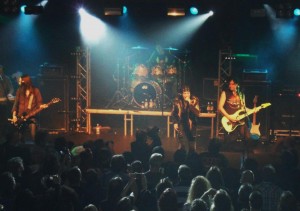 Melodic rockers White Widdow return to the stage here in hometown Melbourne, Australia this Friday August 31st in support of the 18th anniversary gig for local metal legends Pegazus and will introduce new drummer, George Kristy for his first local gig with the band.  It’s been a while since the band have played here in Melbourne, rather the band have taken the UK and Europe by storm in support of second album Serenade which recieved killer reviews from the best in the business, Classic Rock Magazine, Powerplay Magazine, melodicrock.com, Burrn magazine in Japan and of course you heard about them first here at May The Rock Be With You way, way back!

In October 2011, the band combined festival appearances and headlining club shows throughout Europe and the UK which saw them tour through Switzerland, Germany, Sweden, Italy, Greece and England, performing at HEAT Festival (Germany) and Firefest (UK) and playing alongside artists including Keel, Jimi Jamison (Survivor), Steve Augeri (Journey), Unruly Child, Stage Dolls, Keel, Shakra, Strangeways, Silent Rage, Alien, Mitch Malloy, Coney Hatch, Jeff Paris, Kane Roberts and many more.  Earlier this year the band returned to the UK for a run of dates on a package tour with Ten and Serpentine. 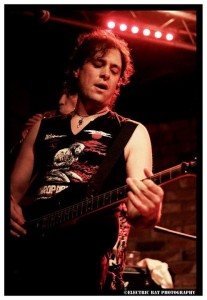 We caught up with guitarist Enzo Almanzi to get the lowdown on all things White Widdow, past, present and future…

You have your first gig coming up in Melbourne for many, many months, playing with local metal legends Pegazus for their 18th Anniversary show. So what can Melbourne fans expect from White Widdow this time around, in comparison to the last time we saw you live in Melbourne?
No shows for a few months means we’re hungry to get back on stage again! We’ll be playing songs from both albums at the show next week and also a surprise! 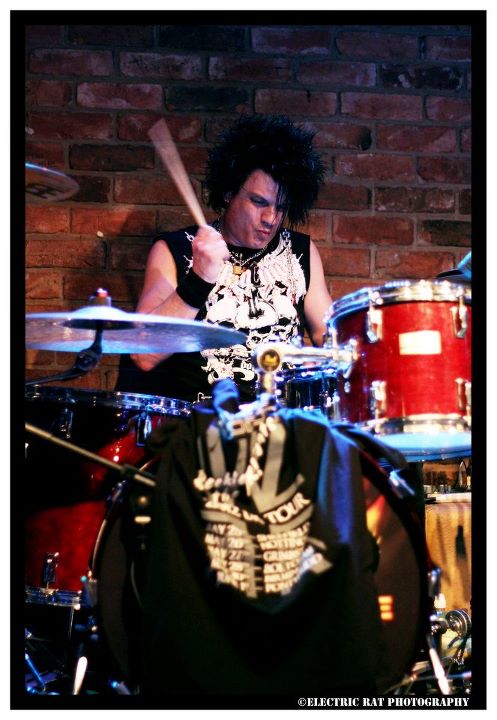 You have a new drummer join the lineup George Kristy, who replaced Jim Naish back in March. Can you tell us a bit about George’s background prior to White Widdow and how he has settled into the lineup?
George has been a major part of the local live music scene here for many years. I first heard about him at Trent’s birthday party a few yeas ago, where George was playing in the cover band who were on. We have all been impressed with George’s live performances around town so when Jim wasn’t in the band anymore, George was our first choice for a replacement. His first show with White Widdow was actually in Sheffield, UK a few months ago. He delivered the goods that night and every other night of the UK tour! We all get along really well too so it’s going to be very comfortable on stage at the show next week.

If you were a person in the crowd at one of your gigs, what five words would you walk away using to describe the performance you just witnessed?
Fun, exciting, melodic hard rock! 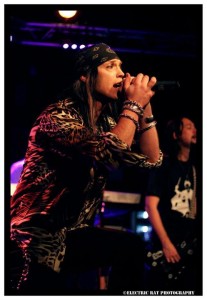 Your 2nd album ‘Serenade’ was released last September and seems to have received nothing but a great response from both media and fans alike. Looking back now, heading into writing and recording for Serenade, did you guys feel much pressure to overcome the mythical beast called the “2nd album blues” that has struck down many bands, especially in the context that you turned around that album in less than 12 months?
It was an interesting situation surrounding the Serenade album writing and recording. We had just finished a tour in Australia supporting our first album and were asked to deliver a follow up album within 6 months. The songs all came together pretty quickly and although we did work hard, we easily made the target date. To us the music seemed stronger than our debut album, which was quickly reinforced in all the initial reviews we read. I don’t think we really had time to even think about “2nd album blues”. We’re very proud of how Serenade turned out, particularly considering the short amount of time we had to put it together from scratch.

With it now being the best part of 12 to 18 months that you have lived, breathed, recorded and performed the songs for Serenade and having taken White Widdow stylistically down a few different roads on Serenade (eg. Show Your Cards), what are the initial thoughts on where you might be heading on album number 3?
We have quite a few new ideas for the next album. Ideas we haven’t explored in the last two that are sounding great in the demos we’ve got.  We’re definitely expanding our sound while also keeping to the style we’re known for.

You’ve had plenty of time to develop an answer to this question….name 3 White Widdow songs that you feel best represent what the band is all about?
Reckless Nights, Don’t Fail Me Now, Change Of Passion 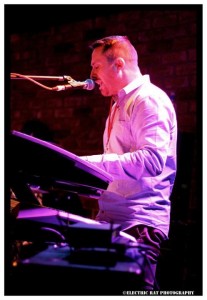 Playing Firefest 2011 as you did last year, having the opportunity to play shows with iconic bands such as Keel and TEN and simply being able to tour throughout Europe and the UK…looking back now, what are some of your own personal thoughts and highlights from that whole experience?
The 2011 European tour was a blast! The festivals, the bands, the fans and everyone we met during those six weeks made it an amazing experience.  My personal highlights were the HEAT festival in Germany, the week we spent in Greece and of course Firefest in the UK. Firefest was the initial show we were booked for, and I guess the pinnacle of the whole tour really. It was great to go over that well with all of the crowds and of course we got to play along side some amazing artists we had grown up listening to.

For the benefit of your Aussie based fans, is it possible to describe in words the level of fanaticism/dedication displayed by those attending your shows throughout the UK and Europe towards the genre of AOR/melodic rock music and I guess also for that matter the level of interest over in that part of the world in this style of music?
There’s a large dedicated following of melodic rock right across Europe. We had heard about it from Jules, but actually getting over there and seeing it completely blew our minds.  There’s people of all ages who are die hard fans of this music style, right across Europe. We had people coming up to us in the streets during our days off asking for autographs and photos. It was pretty surreal to these 5 guys from Melbourne! 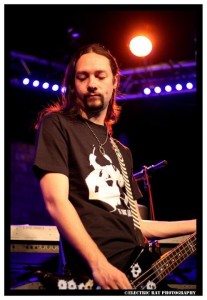 For the benefit of those reading this in galaxies far, far, away, how would you describe the current music scene over here in Australia and White Widdow’s journey to find a place within it?
The Australian music scene now, at least the live music scene is mainly indie, hard rock and metal bands. I think we’ve found our place in it all, even though we aren’t musically similar. There is a following of melodic rock and AOR here and although a lot smaller than in other parts of the world, it’s definitely alive.

If you gaze into your crystal ball, what are the next 12 months or so likely to hold for White Widdow?
In 12 months time we should be about to release our 3rd album, so for now we’re writing the music mostly.  Hopefully there’s the chance to tour internationally again and of course from now until the next album, there will be more Aussie shows! 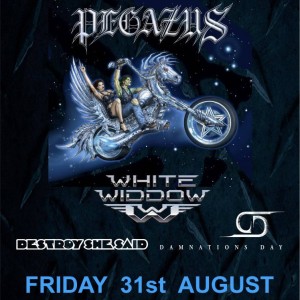