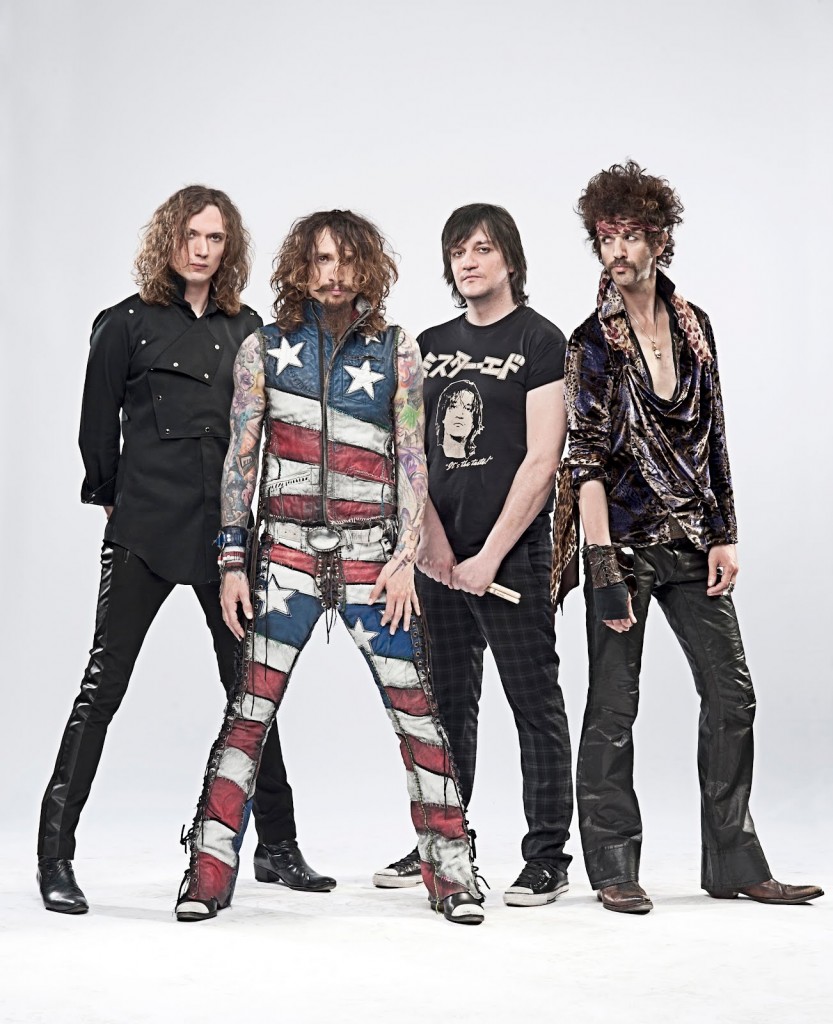 THE DARKNESS return with the eagerly awaited release of their third album, “Hot Cakes”, on 17 August 2012. Today the band made album opener, “Every Inch of You”, immediately available via a lyric video posted at www.theactualdarkness.com and the track appearing on iTunes worldwide, providing an excellent taster of what to expect from the third album by this remarkable and unique rock band.

The Darkness have also today revealed the full tracklist for the album, and it looks like this:

On the subject of the album, vocalist / guitarist Justin Hawkins commented: “’Hot Cakes’ has a nice raw feel to it like the first album had, with occasional luxurious moments akin to the second. We’re proud of the songs and we can’t wait for people to hear them. We’ve been playing some tracks for the album on tour, each time we play a new song it feels like a deep powerful thrust in a frenzied love ritual between us and our fans. August 17 really will be a sweet release for all concerned.”

We included the Radiohead cover because it has been a live favourite for many moons, and we wanted to release a definitive recording of our interpretation.

Best of all, ‘Hot Cakes’ has got even more songs on it than what ‘Permission To Land’ and ‘One Way Ticket To Hell And Back’ had. But not if you put them both together.”

The album is released via Liberator Music / [PIAS] in Australia and New Zealand on 17 August. The band reformed last year and recent made their comeback with a sold out tour in Australia, performing 7 shows in 8 days. The album was produced by Justin and Dan Hawkins along with their long-time collaborator, Nick Brine and mixed by Bob Ezrin.

The band start their summer festival season with a show in Norway this weekend and will then head across Europe and the UK as special guests of Lady Gaga on her ‘Born This Way Ball’ tour.

TRACK – “EVERY INCH OF YOU” AVAILABLE NOW