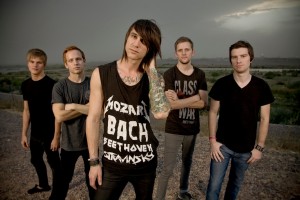 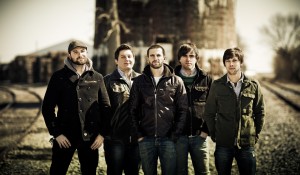 Tickets on sale 9am Friday Feb 10

When August Burns Red unleashed their 2009 breakout album, Constellations, they became a band that could no longer be ignored. They debuted in the Top 25, co-headlined the AP Tour, headlined Warped Tour and connected fiercely with a colossal legion of fans. Suddenly the Pennsylvania-based metalcore giants have found themselves in some rather unexpected places. From the cover of Alternative Press to Fox’s American Dad, from the sands of Dubai to Japan to South America.

Having briefly stopped by in 2010 to say G’Day to Aussie fans as part of the No Sleep Tiltour, August Burns Red are now set to grace our shores once more in support of their fourth full-length album Leveler. Revolver Magazine concluded that the release set the standard for their entire scene in 2011, so it’s only fitting then, that the band brings some of the genre’s finest live bands along for the ride on their mammoth Australian tour.

In 2011, Arizona’s Blessthefall were described by Kerrang Magazine as “one of the world’s most explosive live bands”. After spending most of 2011 sequestered in Florida recording their new release, and leaving throngs of fans suspended in anticipation, Blessthefall finally arose from the studio armed with Awakening – their third full-length and most confident effort to date . Now the five-piece are primed to bring their vicious breakdowns and huge choruses down under.

Finally, Sydney’s Northlane will cap off this brutal bill. Having spent 2011 recording, releasing and touring their ten track debut Discoveries, these upstarts will be basking in the unique glory of having their debut album received with unwavering adoration from fans and critics alike.

WEDNESDAY 18 APRIL – THE HI-FI, BRISBANE (18+)
With The Construct
Tickets from www.thehifi.com.au, 1300 THE HIFI and Moshtix outlets including Kill The Music

With The Storm Picturesque
Tickets from Moshtix on 1300 438 849 or www.moshtix.com.au and the venue