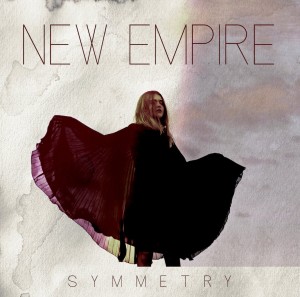 In 25 words or less: “These guys need to get this heard, everywhere.”

I love hearing about new bands that aren’t so new. In this case New Empire, see their name even tells me they’re new. But I digress. Symmetry is the bands newly released second album and wow! These guys need to get this heard, everywhere. This album has such an Americanized feel to it, if you can understand what I mean. To me it feels like these guys take all the best parts of One Republic and 30 Seconds to Mars and use that to their advantage by giving us such accessible rock music that you really don’t want to turn it off. ‘Give Me The World’ is a prime example of what New Empire are offering, check it out and you’ll hear what I mean.

First single ‘Ghosts’ I feel is truly the best song that One Republic never wrote, a haunting ballad that showcases the songwriting talents of the band and has been getting great reception by radio and that’s commendable in this day and age. It is probably the most laid back song on the album but immerses you in it’s feeling. Good job as that to me is what music is all about.  My stand out on the album is six in with ‘Worth The Wait’ in fact I’m not even kidding, this has become one of my favorite songs of 2011, with a chorus catchier than the common cold and an underlying groove that just hits it’s stride, this song has hit written all over it and given the chance would slay them in any region. I mean it even has ‘whoa ohs’ in it. In fact I could stop listening to the album now and be happy, but I’ll go on, only because I want to…

I could continue to talk about all the songs, but they’re just as good as the next so just trust me when I say that, I guess to sum up this album and New Empire, I think a great word to describe them would be balanced. There is such a great mix of different feels on ‘Symmetry’ and it works so well. This really is a great album and here’s hoping more will be able to enjoy it as much as I have. As I heard someone say once, do yourself a favour and check out this band. Trust me, it’ll be ‘Worth The Wait’ (see what I did there?)

Check it out if you like: Mainstream radio friendly rock

Check out our interview with New Empire Here…