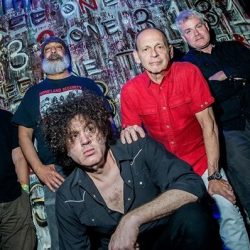 February 6, 2020 by Troy Culpan in 2020, Features, Interviews Comments are Disabled

“There’s a lot of guys that can really play but they’re assholes and I don’t be in a band with them anymore…” From Tour Release: Detroit’s proto-punk/hard rock band MC50, will bring their ‘Kick Out The Jams: The 50th Anniversary Tour” to Australia.  Known as MC50 for the forthcoming “Ol’ Black Eyes Is Back” tour, the supergroup features MC5’s Wayne […]

END_OF_DOCUMENT_TOKEN_TO_BE_REPLACED 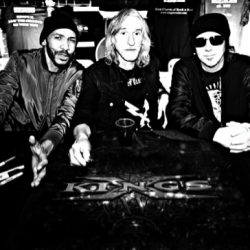 April 16, 2019 by MTRBWY in Music News Comments are Disabled

Rock legends KING’S X are thrilled to announce that they are entering the studio to record their highly-anticipated new album – the first to be released in over a decade – scheduled to drop this year via Australia’s leading international independent record label, Golden Robot Records. The label announced their global signing of KING’S X in December. Today, KING’S X enters Blacksound Studio in Pasadena, California with renowned producer Michael Parnin […]