Back by popular demand, Aussie rock favourites The Screaming Jets have announced ‘The Rock Vault’ tour for 2023.  The shows will kick off on February 24, visiting capital cities and regional centres in NSW, QLD, VIC, SA, across to three shows in WA then wrapping up the tour on April 25 . These performances are the sequel to their hugely successful national tour celebrating the 30th Anniversary of their ground-breaking rock album, ‘All For One’, which saw the band play to sold out audiences across the country and receive rave reviews.

Lead singer Dave Gleeson said today, “So many songs, so little time! As we’ve spent the last 12 months solely focused on the 30th Anniversary of ‘All For One’, we thought it’s be great to get out on the road before we head into the studio to record new material and THRASH OUT the hits from all our past albums. The set list will be full of all the fan favourites that they know and love.

We’re playing as tight as a fish’s arse at the moment from the constant touring of the last 6 months, so we can’t wait to smash out some of the songs that have been sitting in the background for a little while.

We met a young band called Pricey recently, who are a top bunch of blokes pumping out new Oz rock – so we’re bringing them along for the ride with us too. Looks like we’ll need 2 bottles of jack a night for this tour!”

Originating from Newcastle, The Screaming Jets have been an enduring rock force in the Australian music scene for over three decades.   With over 200 live shows nationally under their belts before they had even secured their first record deal, the release of their debut album ‘All For One’ in 1991 took us all by the scruff of our necks and gave our ears a red hot shake!  It peaked at #2 on the ARIA charts and the second single from the album, ‘Better’ was the song that introduced the band to the world and saw them embark on their first world tour – to Europe, UK, USA and Canada.

In October 2021, the band released the 30th anniversary edition of ‘All For One’, with production of the record overseen by the album’s original producer, Steve James.  This edition of the record made its presence felt once again as it landed straight back into the ARIA charts at #4, also topping the charts as #1 vinyl album!

Nine studio albums later and having released some of Australia’s most iconic rock songs, the band are affectionally known as ‘Australia’s Greatest Ever Pub rock band’ and never disappoint.

‘ALL FOR ONE’ THE ALBUM OUT NOW

Tickets on sale now from www.screamingjetsofficial.com.au/tour 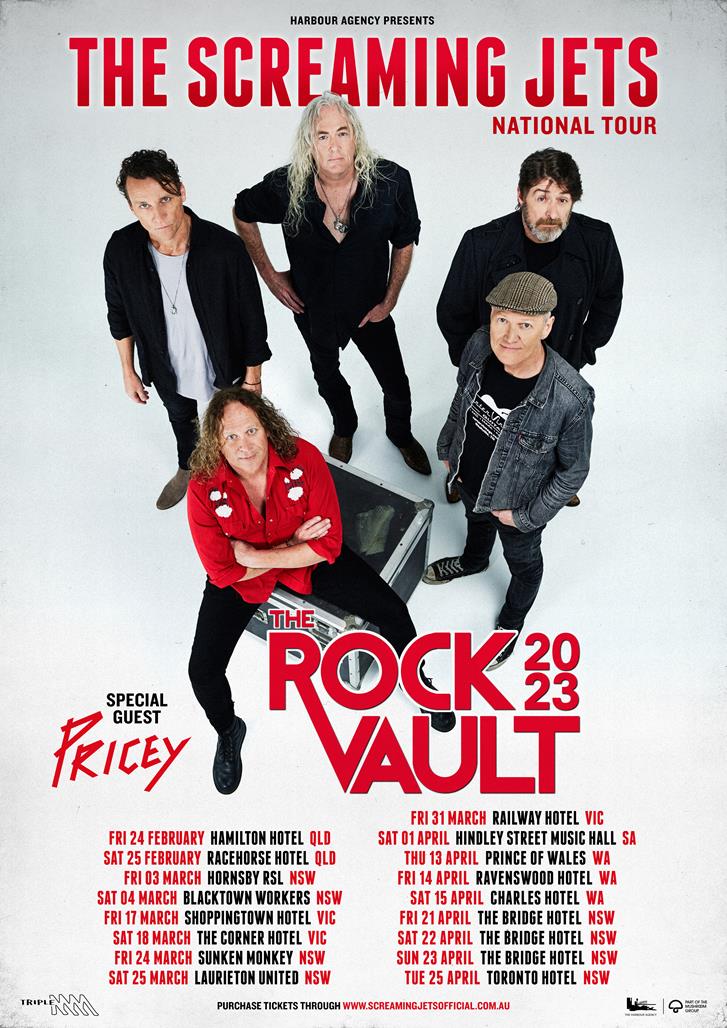