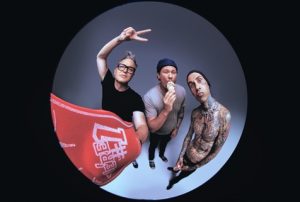 Multi-platinum, award winning group blink-182 have announced their biggest tour ever, a colossal global outing with Mark Hoppus, Tom DeLonge and Travis Barker reuniting for the first time in nearly 10 years. Produced by Live Nation, the worldwide trek includes their first ever performances in Latin America along with stops in North America, Europe, Australia, and New Zealand starting March 2023 through February 2024.

The Australian tour announcement has met with phenomenal demand, with multiple new shows and sell-outs across the country.  A further two new dates have been added to Sydney and Melbourne – resulting in a total of 4 shows per market – Qudos Bank Arena, Sydney on February 24, and Melbourne’s Rod Laver Arena on February 27.

Tickets for these 2 new dates go on sale tomorrow, October 27 at 1.00pm local time, at livenation.com.au.

The band recently released new single “Edging”, marking the first time in a decade that Mark, Tom, and Travis have been in the studio together.

with special guest Rise Against 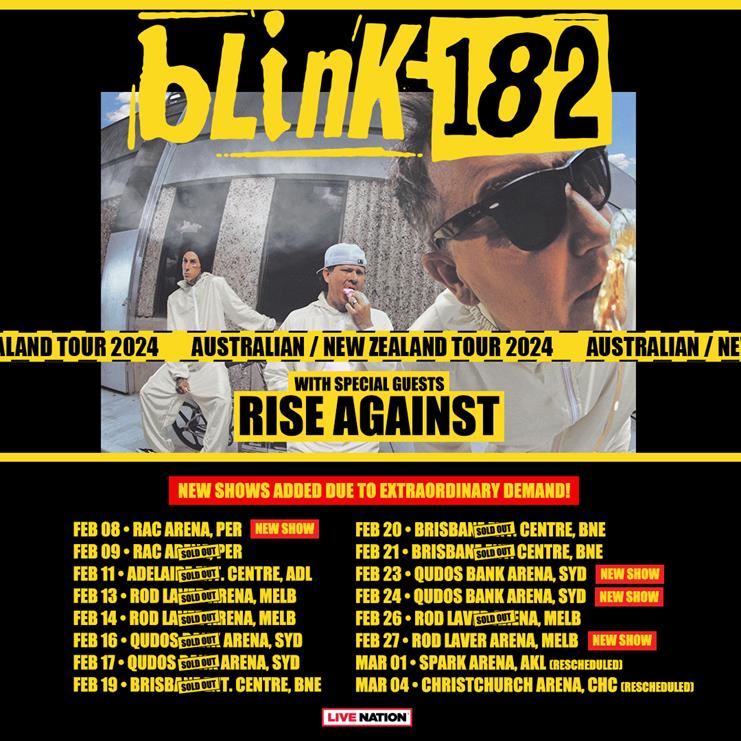