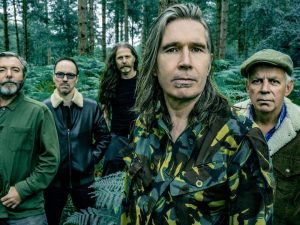 Who said Nothing Ever Happens? Del Amitri, one of Scotland’s finest exports, has announced their long-awaited return this summer.

Not seen on our shores since the heady days of the 1990s, Del Amitri, will play theatres in Perth, Adelaide, Brisbane, Melbourne and Sydney through February 2023.

My Live Nation members can be among the first to secure tickets during the pre-sale beginning at midday tomorrow, August 23.

Often described as alternative/country-rock, Del Amitri formed in Glasgow in the early 1980s, releasing their eponymous debut in 1985.
Back in the spotlight after the 2021 release of their first studio album since 2002, Fatal Mistakes’ 13-tracks (distributed through Cooking Vinyl Australia) follow in the footsteps of earlier UK Top 10 albums: Waking Hours, Change Everything, Twisted, Some Other Sucker’s Parade.

Waking Hours, released July 1989, hit a chord with Australian fans, peaking at #8 in the ARIA Album Chart while earning Platinum status both here and in the UK. The album is home to smash singles and radio airplay favourites “Nothing Ever Happens” and ARIA Top 30 hit “Kiss This Thing Goodbye.”
1992’s Change Everything entered the ARIA Top 30 and brought fans the ARIA Top 40 single “Always The Last To Know.” The band followed that success with Twisted in 1995 featuring singles “Tell Her This” and “Roll To Me,” the latter reaching #10 on the Billboard Hot 100.
With a set list revisiting past hits, fan favourites and a selection from Fatal Mistakes, Del Amitri’s first Australian shows in more than thirty years are not to be missed.