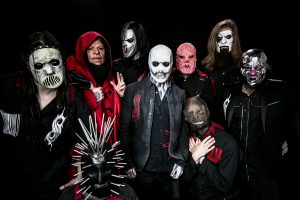 GRAMMY Award-winning Iowan icons SLIPKNOT have announced details of their widely anticipated new album, THE END, SO FAR, which will be released September 30th on Roadrunner Records. Today the band has shared the album’s lead single “The Dying Song” (Time To Sing), which is available on all streaming platforms with an official music video streaming on Slipknot’s YouTube channel HERE.  Directed by the band’s own M. Shawn ‘clown’ Crahan, the “The Dying Song” (Time To Sing) video, and the track itself, sees one of the world’s most popular and deeply enigmatic bands relentlessly charting new ground as they continue to redefine, revitalize, and reimagine the scope of rock music.

Speaking about the forthcoming album, Crahan asserted, “New Music, new art, and new beginnings. Get ready for the end.”

Produced By SLIPKNOT and Joe Barresi, THE END, SO FAR is available for pre-order today with several vinyl variants available HERE. THE END, SO FAR includes the band’s 2021 surprise single “The Chapeltown Rag” and follows their widely celebrated 2019 album WE ARE NOT YOUR KIND, which marked SLIPKNOT’s third consecutive #1 on the ARIA album charts. The release made a massive global impact with #1 debuts in the Official Album Charts of twelve countries around the world, including the USA, UK, Australia, Canada and Mexico, with Top 5 debuts in an additional twelve countries including Germany, France and Sweden. 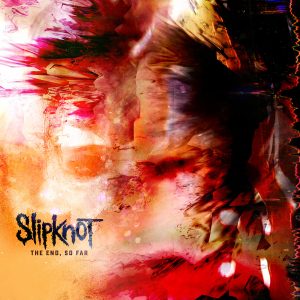 THE END, SO FAR

There was never a band like SLIPKNOT, and there will never be another. Like a spore out of the Midwest, they’ve quietly bloomed into the most uncompromising, undeniable, and unique presence on the planet whose influence transcends genres and generations. Since sowing the seeds for revolution in Iowa during 1999, these musical outliers have captured a GRAMMY Award alongside 10 nominations, scored 12 Platinum / 41 Gold album certifications around the world, and logged over 8.5 billion global streams and 3.5 billion video views to date – unprecedented for a rock act in this generation or any other. Rolling Stone cited the seminal platinum-selling 2001 album Iowa among “The 100 Greatest Metal Albums of All Time,” while The Ringer attested, “They’re the most important heavy band of their era.” In addition to marking the group’s third consecutive #1 debut on the Billboard Top 200, their sixth full-length album, WE ARE NOT YOUR KIND, bowed at #1 in twelve countries worldwide in 2019. Selling out shows on multiple continents, they deliver an irreplicable multi-sensory experience on tour and through their own festival KNOTFEST. With their seventh album THE END, SO FAR SLIPKNOT are back, and nothing will be the same again.