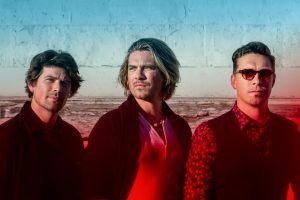 Chugg Entertainment and Frontier Touring are excited to announce American pop-rock trio HANSON will return to Australia and New Zealand this November with their RED GREEN BLUE 2022 TOUR.

“This tour is an exciting chance to reunite with our fans all over the world and celebrate three decades of music. We can’t wait to come together with fans across Australia and New Zealand, and share music live on stage once again,” said Taylor Hanson.

RED GREEN BLUE is HANSON‘s 11th studio album – a unique combination of three solo-led projects, bringing together Isaac, Taylor and Zac’s creative voices like never before, with each brother producing a third of the album (Taylor’s Red, Isaac’s Green, and Zac’s Blue). The record is co-produced by Grammy Award-winning Producer, Engineer and Mixer Jim Scott (Tom Petty, Red Hot Chili Peppers, Wilco), and Grammy Award-winning Artist and Producer David Garza (Fiona Apple, Midland), and features the pre-released tracks ‘Child At Heart‘, ‘Write You A Song‘ and ‘Don’t Let Me Down‘.

HANSON dominated the music scene in the late ’90s following the release of their 5x ARIA Platinum and 4x RIAA Platinum debut studio album Middle of Nowhere (1997). The album reached #1 in Australia, the UK, Germany and Taiwan, #2 on the Billboard 200 and #4 in New Zealand, selling 10 million copies world-wide with hit singles ‘MMMBop‘, ‘Where’s the Love‘, ‘I Will Come to You‘, ‘Weird‘ and ‘Thinking of You‘. This was followed by their sophomore album Snowed In – a Christmas record that became the best-selling holiday album for 1997 in the US, peaking at #3 on the ARIA Albums Chart and #12 on the official New Zealand Music Chart.

In 2017 HANSON celebrated their 25th anniversary when touring Australia and New Zealand with their Middle of Everywhere World Tour, celebrating two decades of music and the amazing community of fans – new and old – who have supported them throughout their career. They most recently toured Australia in 2019 with their String Theory Tour, which saw them take the stage alongside a symphony orchestra, through a special collaboration with Academy Award-winning arranger David Campbell.

‘As soon as HANSON hit the stage in this unique viewing space, the audience took to their feet… This was HANSON at their best.’ ? – The AU Review

‘The Forum is electric and raucous, fuelled with unbridled joy and shameless nostalgia’ ? – The Guardian

RED GREEN BLUE 2022 TOUR will not only premiere the 15 songs from the new project but also celebrate 30 years of music in one great show. Being HANSON’s first major tour since 2019’s String Theory album and tour, fans can expect a career spanning set list of fan favourites, along with the songs off the new album and 2020’s Against The World.

Patrons are advised to purchase tickets only through authorised ticket sellers. We cannot guarantee any ticket purchase made through any means other than the official ticketing agents listed on the Frontier website. 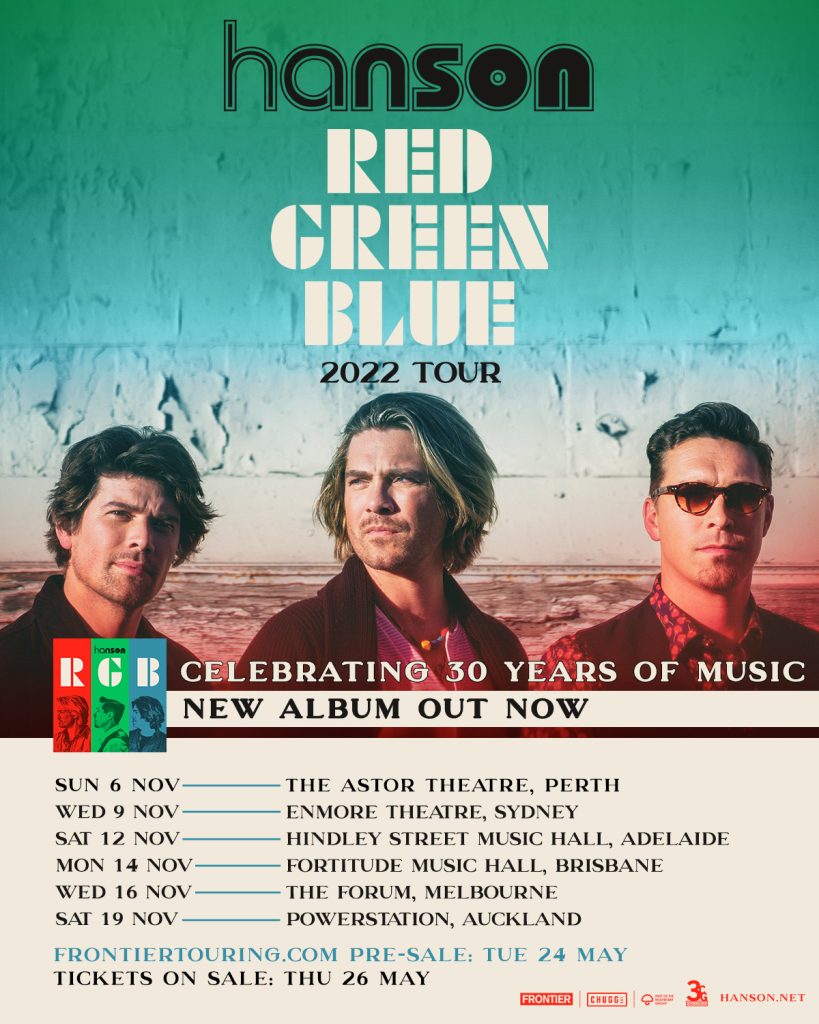