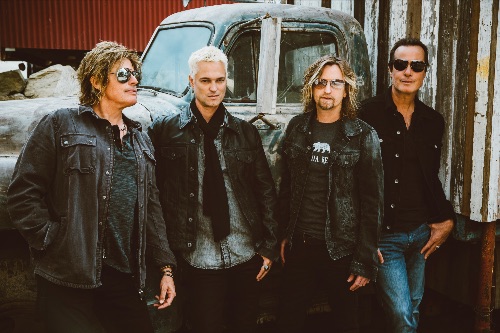 From Release: With over 70 million albums sold, Stone Temple Pilots roared into our lives in 1992 with their monstrous debut album, Core. The album peaked at #3 in the US and was a Top 30 album here at home, dominating radio with the hits, Sex Type Thing, Wicked Garden and the Grammy Award winning smash, Plush. Throughout the 90’s STP distinguished themselves as a band beholden to no trend and hits such as Interstate Love Song, Big Empty, Big Bang Baby and Sour Girl, proved to be the soundtrack of a generation. In 2020 the band released their latest album, Perdida featuring new lead singer, Jeff Gutt. The album was described by America’s Paste magazine as the most sonically rich experience that Stone Temple Pilots have offered fans to date

We caught up with Eric Kretz of STP to talk about the Under The Southern Stars tour, their most recent album ‘Perdida’, new music, the effect of the last two years, and much, much more…

UNDER THE SOUTHERN STARS 2022