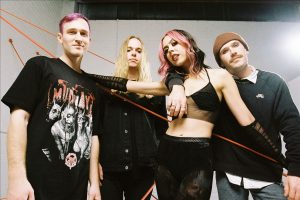 With support from Towns and Eat Your Heart Out, Yours Truly will play major cities around the country from January – March, woven in between the band’s festival appearances including Full Tilt and UNIFY. Meanwhile, Yours Truly are currently sharing the stage with Holding Absence across their UK run.

On stepping out on tour on home turf, Yours Truly vocalist Mikaila Delgado says:

“We’re excited to be putting on our very first full Australian headline tour that reaches this many cities! After these past two years, getting to play our album and some new stuff all over our country will be so memorable. We can’t wait to show everyone what YT can do now!”

Beyond their huge international touring credits, media and radio trailblazing and a burgeoning brood of fans, it’s the band’s knack for punchy songwriting and performance deep in their DNA that makes Yours Truly really tick.

From their hometown in Sydney, the four-piece first broke out with their 2019 EP Afterglow (of which the lead single ‘High Hopes’ has just clocked over 10 Million streams) and went on to spend the rest of the year gracing stages including Download UK, Riot Fest and supporting the international quests of Sum 41 and State Champs. The group’s 2020 full-length Self Care garnered a laundry list of accolades including triple j’s Feature Album and Tone Deaf’s Record Of The Week, alongside band nominations for Rolling Stone’s ‘Best New Artist’ and ‘Best International Breakthrough Band’ at the UK Heavy Awards.

2021 and beyond now finds Yours Truly stepping into a new era following the recent arrival of their urgent and pulsing new single ‘Walk Over My Grave’ and upcoming Australian headline tour.

w/ special guests TOWNS & Eat Your Heart Out
Tickets on sale from 10am AEST Thursday October 28 via yourstrulyband.co/tour 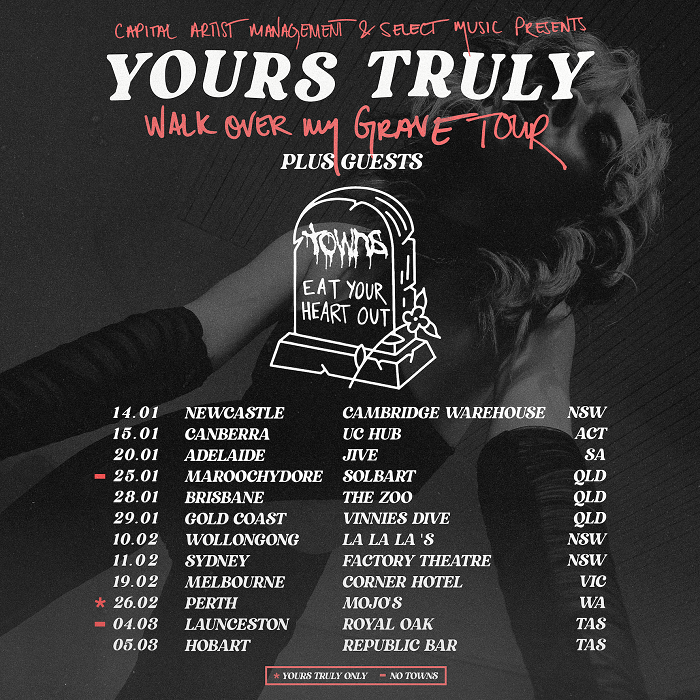