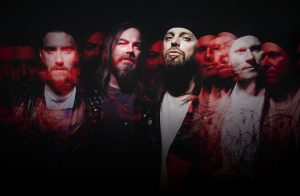 “This is the beginning of Bullet 2.0,” says vocalist and lead guitarist Matt Tuck. “It signifies where we are right now. The music is fresh, it’s aggressive, it’s more visceral and passionate than it’s ever been.”

Bullet For My Valentine follows the success of their last album, 2018’s Gravity, which saw the metal juggernauts’ catalogue surpass 1 BILLION (yes, with a B!) streams in the U.S. That accomplishment solidifies Bullet’s hard-earned status as one of the most elite bands in the hard rock scene.

On the last cycle, Bullet For My Valentine played their biggest shows to date, including a UK arena tour and a massive show at London’s Alexandra Palace. But this time around, the band has taken things back to basics. Bullet For My Valentine is stacked with squealing solos and monstrous riffs that will delight fans — both new and old.

“I think it’s the most ferocious side of Bullet For My Valentine that I’ve ever known,” says lead guitarist Michael “Padge” Paget. “It’s time for us to put out a really angry, heavy, aggressive record. I just can’t wait to grimace on stage!”

“I wanted to come out guns blazing, fucking middle fingers flying, and just go for the throat,” agrees Tuck. “I think this is a far more aggressive, intense part of Bullet For My Valentine. It’s always been there. I’ve just never opened the floodgates on it. I want to take people’s heads off in a metaphorical way.”

True to their word, the first single, Knives, arrives like a punch in the face.

Tuck began writing the album in September 2019 before the Coronavirus pandemic brought things screeching to a halt in early 2020. But in June 2020, Tuck and long-time producer, Carl Bown, who co-produced the band’s 2015 album, Venom, and produced and mixed Gravity, picked up the pace again. Together, they hunkered down at Treehouse Studio in Chesterfield, where the remainder of the album was written.

Aptly self-titled, the band has triumphed, creating an album that will cement its place in the metal pantheon.

Pre-orders for Bullet For My Valentine‘s seventh studio album are now live, with an instant download of the first single, Knives, and special bundle options, including a unique clipping from the backdrop used on the bands ‘Venom‘ world tour from 2015 – 2017,  t-shirts, hoodies, gold & silver cassettes, and limited vinyl. 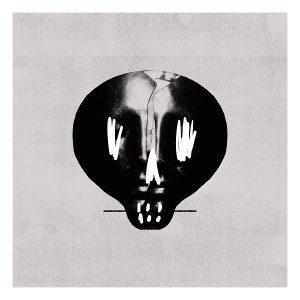 In addition to all the existing hits, fans will get the chance to hear new music live for the first time this Sunday when the band make history by headlining the Download Festival Pilot at Donington Park on June 18-20.

ABOUT BULLET FOR MY VALENTINE
Since their formation in 1998, Bullet For My Valentine have become one of the biggest bands in metal, surpassing 1 BILLION streams in the US alone, selling over 3 million albums worldwide and scoring three gold albums, as well as defining British metalcore with their now classic debut, The Poison.

BFMV have been crowned Best British Band at the Kerrang! Awards three years in a row–where they’ve also been awarded for Best Single, Best Live Band and Best British Newcomer. It’s not just the press and fans that have afforded them such faith –even the heroes that inspired them in the first place, bands like Iron Maiden and Metallica, have personally selected BFMV to hit the road and share the stage with them.