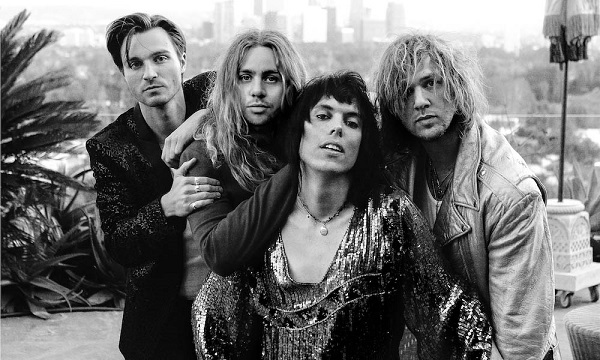 “We had no idea that we were going to be bringing the mases and entire album I mean this was just a complete fluke, dare say accident and what a joyful accident it was…”

From Release: The third full-length from British rock band The Struts, Strange Days came to life over the course of a charmed and frenzied burst of creativity last spring. After getting tested for COVID-19, singer Luke Spiller, guitarist Adam Slack, bassist Jed Elliott, and drummer Gethin Davies all moved into the Los Angeles home of Jon Levine, a producer who worked extensively on their acclaimed sophomore effort YOUNG & DANGEROUS (including the album’s chart-climbing lead single “Body Talks”). Within just ten days of couch-crashing at Levine’s house, The Struts had laid down nine original tracks and one masterful cover of a KISS B-side: a lean, mean body of work that amounts to their most glorious output to date.

2020 has been a hell of a year and within in it The Struts got together and made an album in ten days. The result is ‘Strange Days’ and in our first ever Zoom interview we catch up with our mate Luke Spiller to talk about the album, its guests, commanding cars, and much more.