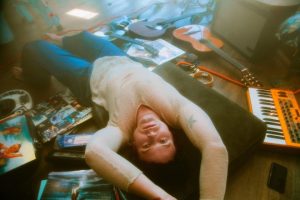 Alongside the announcement, Ashton has shared the first single from the record – the deeply evocative and personal ‘Skinny Skinny’.

It was back at the beginning of lockdown in February 2020 as Ashton saw his touring schedule empty and no recording planned with his band 5SOS (5 Seconds of Summer) that the spark to make a solo album was lit.

Made in his LA home with producer housemate Matt Pauling, ‘Superbloom’ is the result of his continued artistic advancement. Irwin had always had it in his mind that one day he would make a solo album and now the opportunity presented itself. This was a chance for the 26-year-old to make a record that combined sounds drawing from the broad collection of artists he loved – including but not limited to Foo Fighters, Nick Drake, Helmet, Silverchair, Stone Temple Pilots, My Bloody Valentine, & Curve – with lyrics that touched on every aspect of his life. It’s filled with the poignant, profound songwriting that only comes about from an artist fully handing himself over.

Ashton wanted the skittery folk-pop of ‘Skinny Skinny’, written as he was going through an intense deep-dive into the music of cult British songwriter Nick Drake, to be the album’s first single because its fusion of heavy concepts and playful melodies sum up Superbloom’s DNA. It’s about a conversation he had with his 15-year-old brother regarding body image.

“He’s already caught up in his own mental image of what his body should look like,” says Ashton. “I thought that was such a crippling trap for a young man to try and walk through. I needed to write a song that captured the pain of body dysmorphia. I have been through stages in my life where I’ve been sickened by that state of mind”.

There was nothing that he shirked from writing about. “The over-arching narrative is support system, healing, recovery, strength and focus on true self. I felt like I had a lot to write about,” he explains.

These are songs about Ashton’s childhood, about alcoholism, depression, body dysmorphia, death, addiction, despair and hope. “I had to reach a certain level of lyrical maturity in order to write about something I actually cared about. I think it’s always important as an artist to have a mission statement, like, ‘why do you make music? Why do you write the lyrics you write?’.“

For an artist who has predominantly worked within the collaborative dynamic of a band, this was a chance to go off-grid. “It was really freeing and inspiring to me,” he says. “The journey I was intending was growth, self-understanding, self-reliance when it comes to song-writing and production. The songs I’ve written for this record couldn’t be sung by anyone else but me.

Ashton played ‘Superbloom’ to his bandmates a few hours after completing it. “I wasn’t scared because I’d told myself, ‘trust yourself, you’re proud of this record and you know these guys are your best mates and they will fucking get it’. It was awesome, I felt stoked to show them”.

He’s taken a record from its very genesis right through to its conclusion, throwing himself into it both practically and emotionally. The result, a deeply personal, evocative and uncompromising record from an artist poised and ready to tell their story. 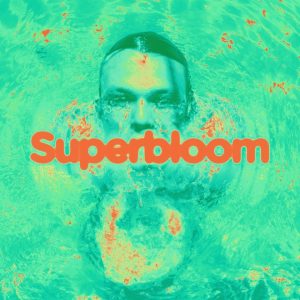