ALL TIME LOW Announce ‘Basement Noise Concert Series’. Band To Stream Performance Of ‘Wake Up Sunshine’ In Its Entirety. 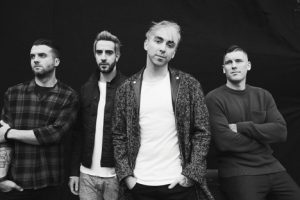 Platinum-selling Fueled By Ramen band All Time Low have announced their Basement Noise Concert Series which Destroy All Lines is proud to be the exclusive Australian partner for. The five-night streaming event, which was filmed in Nashville, TN in July, will kick off on October 10 at 8pm AEDT time, and see the band perform their new album Wake Up, Sunshine in its entirety for the very first time. Setlists for the remaining four shows in the series will be curated by each band member.

All live streams are being streamed at 8pm AEDT on each respective date. 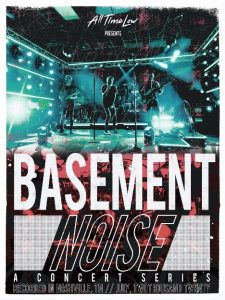 TICKETS ARE ON SALE THURSDAY 1 OCTOBER @ 9AM AEST
FROM HERE OR DESTROYALLLINES.COM
All Time Low just achieved their first-ever #1 at radio as their latest single Monsters (feat. blackbear) claimed top spot at Modern Rock in the US. The band recently released an acoustic version of Monsters, which is available to stream and download now HERE. Watch an official music video for the acoustic track HERE. Monsters is the latest single off All Time Low’s critically acclaimed new album Wake Up, Sunshine, which is available now HERE.
Wake Up, Sunshine  was released in April and debuted at #1 on Billboard’s Top Rock Albums Chart. Upon its release, Billboard proclaimed “The album is All Time Low’s most vibrant set to date, combining the band’s rambunctious spirit with roaring guitars and anthemic melodies.” Forbes praised the collection as “an album that crackles with youthful exuberance and the energy of a live show,” while Nylon declared “All Time Low just wants their new album to make you feel good.”
Earlier this year, All Time Low unveiled Summer Daze Rosé, their third wine release in partnership with Wines That Rock. Summer Daze Rosé can be purchased exclusively from All Time Low’s Everything Is Wine webstore HERE. Band members Alex Gaskarth and Jack Barakat also just ignited their multi-platform podcast Crash Test Live. Tailored to and recorded live for a streaming audience, the co-hosts provide the hottest and most hilarious takes on the “Wonderful News” of the week and possibly true, yet possibly not “Fun Facts.” Past episodes of Crash Test Live are available on YouTube now.
Share this post on: Share on FacebookShare on Twitter
Tags All Time Low Dallas Does PR Destroy All Lines