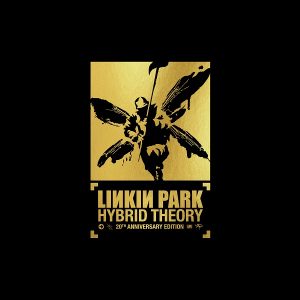 Celebrating one of the most influential, inimitable, and impactful albums of the past two decades, LINKIN PARK announce the release of Hybrid Theory: 20th Anniversary Edition on October 9, 2020. Fans may pre-order/pre-save HERE via Warner Records.

HYBRID THEORY, “the best-selling debut of the 21st century,” will be the centerpiece of this new collection, complete with never-before-heard demos from the time, rarities, B-sides, DVDs, 95+ minutes of never-before-seen footage, and other extras. In order to prepare this special edition, Linkin Park engaged longtime fans around the world to contribute and share art, photos, and memories from the band’s earliest days. The reissue will be available in multiple configurations, including a Super Deluxe Box, Vinyl Box Set, Deluxe CD, and Digital. This notably stands out as the first-ever Hybrid Theory box set.

To celebrate the news, the group also shared the long sought-after 1999 demo “She Couldn’t” today. Check it out HERE.

Additionally, the Super Deluxe Box boasts three DVDS, including a direct replica of the original FRAT PARTY AT THE PANKAKE FESTIVAL, PROJEKT REVOLUTION 2002 capturing one hour of unseen live footage from Las Vegas and San Diego (plus the 45-minute sequel to FRAT PARTY AT THE PANKAKE FESTIVAL entitled The Sequel To The Worst Name We’ve Ever Come Up With comprised of previously unavailable backstage footage and interviews), and another LIVE DVD with full concerts from The Fillmore 2001 in San Francisco and Rock AM Ring 2001 in Germany. Plus, it includes three vinyl LPS: the original Hybrid Theory (1 LP), Reanimation (2 LP), and available for the first-time on vinyl the Hybrid Theory EP—a six-track LP with etching on side 2. In addition to the original street team 2-track Cassette, fans also receive a stunning 80-page illustrated book with contributions from band members and unseen photographs as well as a replica tour laminate and oversized poster of late vocalist Chester Bennington. Additionally, band members Mike Shinoda and Joe Hahn and original Hybrid Theory art director and reissue art director Frank Maddocks supplied three lithographs of new art to the Super Deluxe Box. 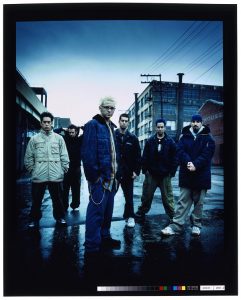 October 24, 2000: Linkin Park’s debut album galvanized, captivated and defined a generation. Hybrid Theory established a new course for music with its inspired combination of heavy alternative rock, hip-hop, and electronic. Hybrid Theory emerged as “the best-selling album of 2001 in the US,“ selling 11 million copies stateside, achieving the rare “Diamond Award” (10 million) from the RIAA, and selling over 25 million albums worldwide. The fans elevated Linkin Park to rarified air among a small handful of legends. Nonstop touring ushered them from clubs to arenas and stadiums as singles “One Step Closer,“ “Crawling,“ and “In The End” became embedded in popular culture. This summer, #1 pop single “In The End” just crossed the 1-billion view threshold on YouTube—their second video to do so following “Numb.“ The band also took home their first GRAMMY® Award in the category of “Best Rock Performance” for “Crawling.“

Last week, Linkin Park transformed their website, LinkinPark.com, into a retro-style turn-of-the-century computer desktop full of folders and files. The site was updated daily to reveal new clues about the upcoming Hybrid Theory 20th Anniversary and culminated with the reveal of a video trailer on the site announcing the details of the release.

Linkin Park quietly emerged as an innovative musical force and one of the best-selling artists of the last twenty years. Their RIAA Diamond-certified full-length debut, Hybrid Theory, stands out as the “best-selling debut of the 21st century” with US sales in excess of 11 million and worldwide sales over 25 million. Among numerous accolades and honors, they have garnered 2 GRAMMY® Awards, 5 American Music Awards, 4 MTV VMA Awards, 10 MTV Europe Music Awards and 3 World Music Awards. Selling out stadiums worldwide, they’ve headlined global music festivals such as Download and Reading & Leeds in the UK, Rock in Rio in Portugal, and Summer Sonic in Japan. They also remain “the first and only Western rock band to play a five-stadium tour in China.” Most recently, 2017’s gold-certified One More Light marked their fifth #1 debut on the Billboard Top 200 and touted the gold-selling singles “HEAVY” [feat. Kiiara] and “One More Light.” Their influence eclipses music. They launched the 501 (c) (3) non-profit organization Music For Relief in 2005 in an effort to aid and support victims of natural disasters and work towards prevention of such disasters. To date, Music For Relief has notably raised over $9 million for multiple victims across four continents, including Hurricane Katrina, China’s Wenchuan earthquake, a cholera outbreak in Zimbabwe, earthquakes in Haiti and Japan in 2010, and Typhoon Haiyan in the Philippines.  www.linkinpark.com 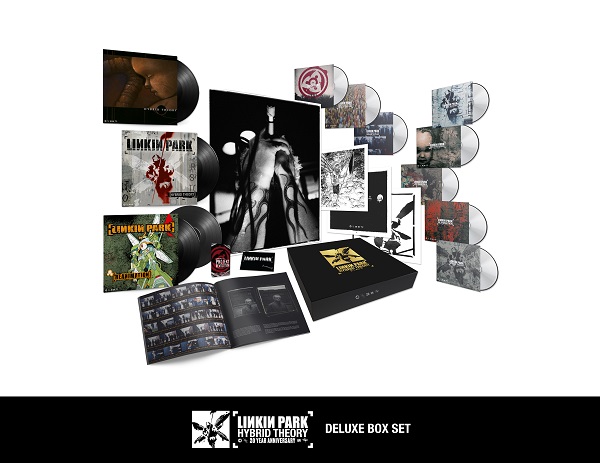 All audio tracks on the album will be available to stream or download.