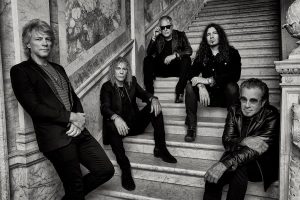 Bon Jovi 2020 makes a wry reference to an election year with the title, and album art featuring an American flag in the reflection of a pensive Jon Bon Jovi’s sunglasses.  The first single ‘Limitless’ is an upbeat anthem encouraging optimism in an uncertain world.  The May album release will feature a compelling breadth and depth of songwriting from Jon Bon Jovi where he tackles current tough topics such as gun control, veterans’ issues, politics, the meaning of family, and much more.  As Jon stated: “It encompasses life, love, and loss.”

Over an illustrious career spanning more than three decades since their formation in 1983, Bon Jovi has earned their place among global rock royalty and was inducted into the Rock & Roll Hall of Fame as well as the Songwriters Hall of Fame. With over 130 million albums sold worldwide, and extensive catalog of hit anthems, thousands of concerts performed in more than 50 countries for more than 35 million fans, and ticket grosses well over $1 billion around the world in the last decade alone.  Bon Jovi is the consummate rock and roll band. 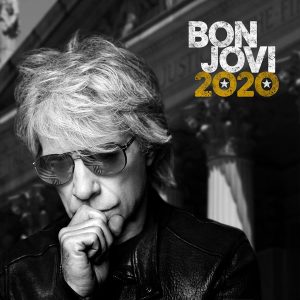