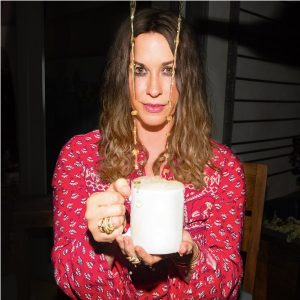 Tickets go on sale at 10am Friday, February 7.

My Live Nation members can secure tickets during the pre-sale beginning at 2pm Wednesday, February 5 and concluding at 9am Friday, February 7.

Special guest for the tour is Australian songwriter and performer, Julia Stone.

Since 1995, Alanis Morissette has been one of the most influential singer-songwriter-musicians in contemporary music. Her deeply expressive music and performances have earned vast critical praise and seven Grammy awards. Morissette’s 1995 debut, “Jagged Little Pill” was followed by nine more eclectic and acclaimed albums. She has contributed musically to theatrical releases and has acted on the big and small screen. Outside of entertainment, she is an avid supporter of female empowerment, as well as spiritual, psychological and physical wellness. In 2016, Alanis launched Conversation with Alanis Morissette, a monthly podcast that features conversations with a variety of revered authors, doctors, educators, and therapists, covering a wide range of psychosocial topics extending from spirituality to developmentalism to art.

On December 5, 2019, “Jagged Little Pill” the musical made its Broadway debut at the Broadhurst Theatre in New York City. Also in December 2019, Alanis released her newest song “Reasons I Drink.”  The track comes off Alanis’ highly anticipated ninth album, “Such Pretty Forks In The Road”, due out May 1st. For more information, see www.alanis.com.

Alongside her brother Angus, Julia Stone has released 4 studio albums, including triple platinum and 5x ARIA Award-winning chart-topper, “Down the Way”, which spawned their breakthrough hit, ‘Big Jet Plane”.  Their 2017 single “Chateau”, from the album “Snow”,  reached No. 3 on the Triple J Hottest 100 and they went on to play their biggest sold-out world tour to date. Julia spent 2019 based between New York and LA finishing her third solo studio album, to be released later this year.

Please note that $1 from every ticket sold will go to the Australian Red Cross
via Live Nation’s Bushfire Relief initiative.