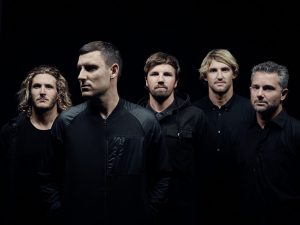 Byron Bay’s Parkway Drive have announced a mammoth Australian tour alongside US peers Hatebreed and Every Time I Die in June 2020.

Fresh from their stint headlining Good Things Festival last weekend, the Viva The Underdogs Australian Revolution 2020 tour sees Parkway Drive play their biggest shows in Sydney and Melbourne to date. It will also mark Parkway Drive’s first headlining shows on home soil since the Reverence tour in 2018, which saw the band unveil their most explosive (literally) shows ever. It was a visual feast, chock full of pyrotechnics, top notch audio visuals and drummer Ben Gordon’s now infamous ‘Cage of Death’.

For those curious as to what goes into a show with production on this scale, Parkway Drive captured it all for their upcoming feature length documentary Viva The Underdogs, due to hit Event and Village Cinemas for one night only on January 22, 2020 before arriving on streaming platforms later in the year. For more information and session times, visit parkwaydriverock.com

Packed with a decade’s worth of behind the scenes personal footage and unprecedented access to their incendiary live shows and festival appearances, Viva The Underdogs offers a candid look at Parkway Drive’s journey from small town surf-rats to international headliners on the world’s biggest metal music festivals. Viva The Underdogs is Parkway Drive doing it their way, with all the good times, battles, triumphs and sacrifices they make on full display as they take on the music industry.

WITH SPECIAL GUESTS HATEBREED + EVERY TIME I DIE 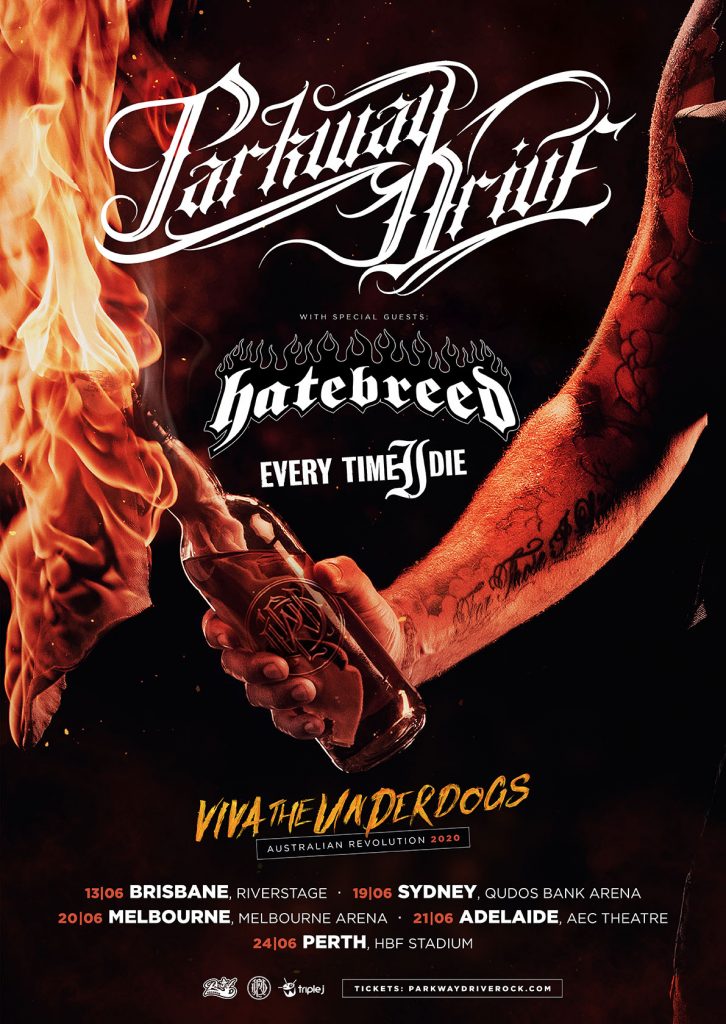