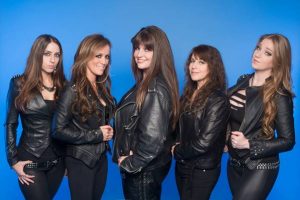 Silverback Touring would like to welcome back THE IRON MAIDENS to Australia in April 2020.

THE IRON MAIDENS are the world’s best (and only all-female) IRON MAIDEN tribute act and have proven this for a solid 19 years gaining international recognition as well as approval from Iron Maiden legends, Steve Harris and Bruce Dickinson.

Following a sell-out debut Australian tour in 2018, the Maidens are back to satisfy Australia’s craving of all things Maiden with their intense and electrifying live show which has received rave reviews the world over.

“This is not just a novelty band – these girls are technically excellent musicians and that is on full display here.” – The Rockpit

The band, consisting of: Kirsten “Bruce Chickinson” Rosenberg (vocals), Linda “NikkiMcBURRain” McDonald (drums), Courtney “Adriana Smith” Cox, Nikki “Davina Murray” Stringfield on guitars, and Wanda “Steph Harris” Ortiz (bass) has built a reputation for their musical prowess and stellar performances which covers all eras of Maiden as well as fan favourites. Like any classic Maiden show, the theatrics are not held back and fans can expect appearances from characters including Maiden mascot, Eddie, the Devil, Grimreaper and more.

This is a show not to be missed by any Maiden fan or fan of the genre.

“Casual and hardcore fans as a whole will love The Iron Maidens. No doubt it is the premier alternative Iron Maiden experience.” – SYN FM

TICKETS ON SALE NOW FROM: https://silverbacktouring.com.au/iron-maidens-2020/ 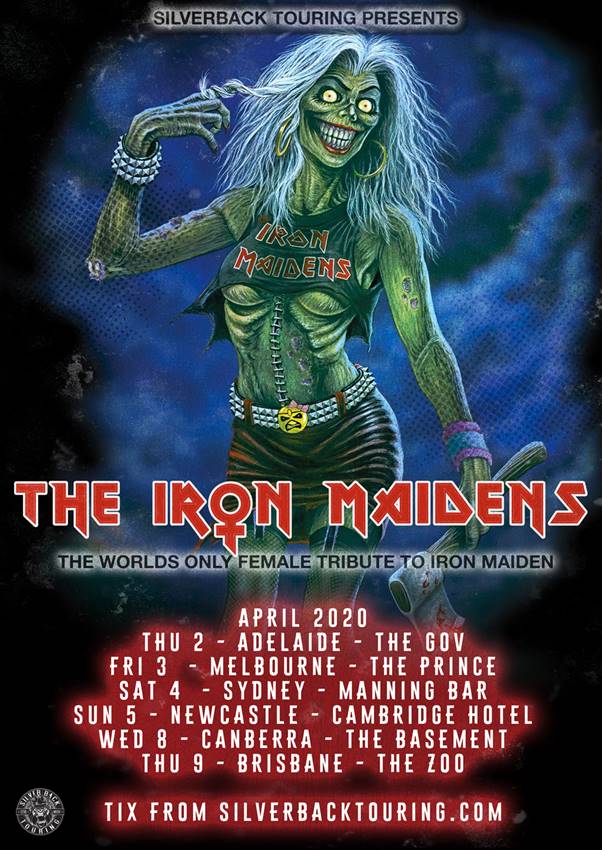