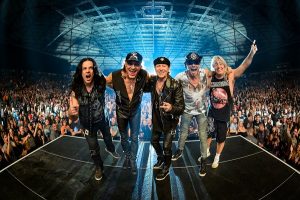 Get ready for the biggest hard rock tour of the year! German icons SCORPIONS return to Australia in 2020 with WHITESNAKE, the legendary rock’n’roll band founded and formed by former Deep Purple singer and Rock and Roll Hall of Famer David Coverdale, for a double headline east coast arena tour starting at Rod Laver Arena in Melbourne on Wednesday, February 19 before heading to Sydney’s Qudos Bank Arena on Saturday, February 22 and Brisbane Entertainment Centre on Monday, February 24.

For Sydney-based Scorpions fans it will be the first ever opportunity to experience the pounding guitar riffs and high energy live performance by the band. Meanwhile fans of Whitesnake have had to wait 12 years for band to make a return visit to our shores.

Tickets will go on sale at 2pm (local time) on Friday, November 1.

Members of the fan clubs for Scorpions and Whitesnake can be among the first to secure tickets during the fan club pre-sale, starting at 12pm (local time) Tuesday October 29.

My Live Nation members can secure tickets during the pre-sale starting at 1pm (local time) on Wednesday October 30.

Global hits like the over 15 million selling ballad ‘Wind of Change’ and ‘Send Me An Angel’ from Scorpions’ ‘Crazy World’ album have made Scorpions Continental Europe’s most successful band with a history spanning more than 50 years. It was 2016 before Scorpions played in Australia for the first time and their 2018 tour with Def Leppard lead to rave reviews like this one from Wall of Sound – “Arms, legs, sticks and hair flying in every direction as no one on stage missed a beat, with Rudolf Schenker’s driving riffs leading the maelstrom of Germanic metal”.

A recent performance at Rock in Rio 2019 saw Scorpions nominated for Best Concert of the Festival, and on October 25 the band released three vinyl reissues – ‘Crazy World’, ‘Face The Heat’ and ‘Love Bites’.

“As promised…time to come back to Australia! We’re all very much exited to see our fans Down Under in February 2020. Get ready for the bite of Whitesnake and the sting of the Scorpions.  We’re gonna rock you like a hurricane!!!! ” Klaus Meine, Scorpions 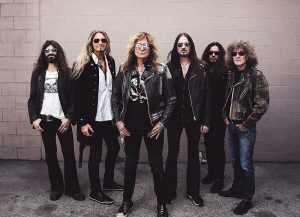 Mega platinum Whitesnake, the legendary rock ‘n’ roll band founded and formed by Deep Purple singer and Rock and Roll Hall Of Famer David Coverdale are proud to announce the continuation of the 2019 “Flesh & Blood” World Tour into 2020.  Following the global success of the “Flesh & Blood” album Whitesnake has played 55 shows in 24 countries to over 600,000 fans in 2019.

The 2020 tour will feature songs from the bands critically acclaimed and award winning 13th studio record entitled “Flesh & Blood” alongside their biggest hits and songs from one of the greatest back catalogues in rock ‘n’ roll history spanning over 40 years.

The first single and video from the new record entitled “Shut Up & Kiss Me” was released worldwide in February 2019 amassing over 2 million YouTube views.

The follow up singles “Hey You… You Make Me Rock” and “Trouble Is Your Middle Name” remained on radio playlists around the world for months after their release.

Founded in 1978 by former Deep Purple singer David Coverdale, the band have earned multi-platinum albums including ‘Trouble’, ‘Lovehunter’, ‘Ready And Willing‘ and ‘Come An’ Get It‘ through to the explosive hard rock of the revamped ‘SNAKE sound with the multi-platinum ‘Slide It In‘ and having just celebrated the 30th anniversary in 2017, the 1987 self-titled mega-million-selling smash-hit album, ‘Whitesnake’.  From these albums came multiple top 10 hits worldwide, including two number one singles with “Here I Go Again” and “Is This Love” as well as the unforgettable hammer of “Still Of The Night” all leading to virtual 24-hour domination of MTV around the globe.

“We are beyond thrilled to be returning to Australia after so many years to play our music for you. What is extra special is we’re returning with our very rocking friend the Scorpions!! SCORPIONS & SNAKES…it doesn’t get any better…or LOUDER! We Promise You These Will Be Nights To Remember!”David Coverdale, Whitesnake