+LIVE+, BUSH & Stone Temple Pilots Come Together for One Giant Rock Carnival! Under The Southern Stars 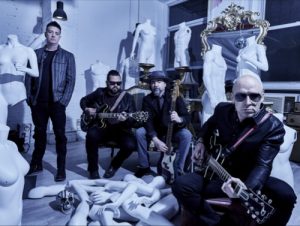 Under the Southern Stars are thrilled to announce their spectacular Rock Carnival Festival Series coming to you this April 2020.

Playing together for the first time in Australia will be
+LIVE+, BUSH and STONE TEMPLE PILOTS!

Celebrating 25 years since the release of their iconic Throwing Copper album, +LIVE+ are one of the most beloved rock bands ever to tour the nation. During their career, +LIVE+ have achieved seven Top 5 albums in Australia, three of which topped the charts at #1 for a total of ten weeks!

They have had a string of top 40 singles and Throwing Copper spent over two years in the Australian top 50 between 1994 and 1997. It has been certified 8 times platinum and was also the 8th highest selling album in Australia in 95/96.

+LIVE+ reunited with original frontman Ed Kowalczyk in 2017 and have been blowing audiences away with their power ever since. From the rocking All Over You and I Alone to the glorious emotion of The Dolphin’s Cry and Lightning Crashes, +LIVE+ are playing with a vengeance and a vigor that reveals the band in top form and better than ever! 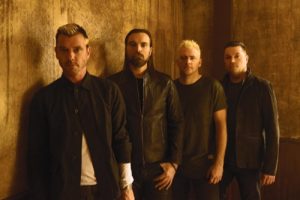 BUSH have been a mainstay on Australian radios since the release of their debut album Sixteen Stone in 1994.

The album was an instant smash spending 43 weeks in the Australian Top 50, peaking at #5. Glycerine, Everything Zen and Comedown are in the DNA of Aussie rock fans and are played daily on the airwaves to this day.

While the 90’s belonged to BUSH, they were on hiatus between 2001 and 2011 when they returned with The Sea Of Memories featuring The Sound Of Winter which made rock radio history in the US becoming the first self released song to ever hit #1 at Alternative Rock Radio!

In 2019, BUSH came roaring back with the track Bullet Holes which is featured as the end title on the soundtrack to this summer’s Hollywood blockbuster John Wick 3 Parabellum.

If you haven’t seen Gavin Rossdale in the killer video for Bullet Holes, check it out here!

One of the biggest rock acts of the 1990’s with over 50 million albums sold, Stone Temple Pilotsbroke out of the scene they helped to define into bonafide superstars. From their breakout debut album, Core, with legendary hits, Sex Type Thing, Creep, and Plush to Purple’s soaring Interstate Love Song and Big Empty and the late 90’s smash singles Big Bang Baby and Sour Girl, STP songs are the soundtrack of a generation. 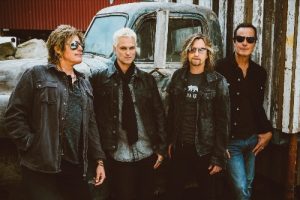 This year marks the 25th anniversary of STP’s Purple, one of the world’s top selling-albums in the 90s, that reached #1 on the Australian chart. In celebration, the band is releasing a super deluxe edition of the iconic album, featuring unreleased versions of album tracks and rarities, along with an unreleased full concert recording from 1994.

What more can be said about one of Australia’s longest running and most cherished rock acts? Rose Tattoo need no introduction but just in case you need a refresher, one of the pillars of Australia’s distinct pub rock sound have been spreading their message across the world for nearly 50 years! The Rock n Roll Outlaws, led by the one and only Angry Anderson, who at 72 years of age continues to show frontmen a quarter of his age, just how it’s done, will pull no punches as they deliver a set full of classics. You know the words, you know the drill…
Prepare to be Scarred For Life.

Armed with their latest slab of pure rock n roll, Mother, Melbourne’s legendary hard rockers, Electric Mary, will get the crowds primed for the evening ahead. Over their decade long career, Electric Mary have shared the world’s stages with some of the most revered names in hard rock including Whitesnake, Judas Priest, Deep Purple, Kiss, Alice Cooper, Motorhead, Def Leppard and many more, Their explosive brain-bending live performances at home and abroad are regarded as one of, if not the best live shows anywhere!.

While we can talk facts and figures all day, the fact remains, you know the bands, you love the songs. Under The Southern Stars gives you the opportunity to experience the greatest hits from some of the worlds’ greatest bands all in the one day and night of incredible rock and roll!

THE UNDER THE SOUTHERN STARS VILLAGE
More Than Just Music

Under The Southern Stars will deliver more than great music alone with the introduction in April 2020 of..

The Under The Southern Stars Village

The one day festival will truly be a day and night to remember with a host of fantastic installations and activities planned. From Carnival Rides, Market Stalls selling everything from vintage clothes, music and lifestyle products to fantastic food vendors (varying from venue to venue), UTSS will be one awesome day and night out!

Tickets for all events available from:
www.underthesouthernstars.com.au
*Transaction fees, processing fees and other charges may apply.

Each show will see Live, Bush and STP alternate their playing order.
Set times will be advised closer to the events.

IMPORTANT INFORMATION
This is a fully licensed 18+ event
Strictly no BYO alcohol
This is an outdoor concert, the show will go ahead rain, hail or shine
No chairs, tables, tents or sun shelters are permitted
No umbrellas (even if it is raining) bring good quality poncho’s/raincoats and gumboots instead
See our website for complete list of permitted & prohibited items