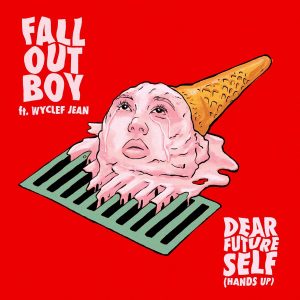 The song marks the band’s first new music since the August 2018 release of the three-song Lake Effect Kid EP, a love letter to their hometown city of Chicago that featured the full version of the band’s previously unreleased title track demo along with two new songs “City in A Garden” and “Super Fade” that followed the Grammy-nominated album M A  N   I    A.