BETWEEN THE BURIED AND ME Announce East Coast Australian Tour 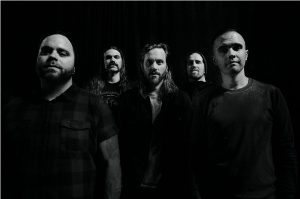 One of the most innovative prog-metal bands in the game, BETWEEN THE BURIED AND ME, has announced its overdue return to Aussie shores for February 2020.

Renowned for their relentless touring, consistently delivering dynamic shows – a frantic, theatrical feast of intense, riffing raw energy – the American five-piece will tear through Sydney, Brisbane and Melbourne for three intimate shows only this summer.

The shows will see Between The Buried And Me play two sets each night, with bassist Dan Briggs explaining: “The ‘evening with’ set is a curation of almost 20 years of music with the specific intent on realising what it all means in 2019 – how did we arrive here and where do we go?

“Sometimes the process of realisation comes from breathing new life into old material.

“Over the two sets of music, there’s a four-part arc that will play out in the form of one cohesive night of music spanning 2002-2019.”

Tickets for all shows go on sale at midday this Friday, September 20.

My Live Nation members can secure tickets first during the 48-hour pre-sale beginning 11am Wednesday, September 18.

The North Carolina quintet – Tommy Giles Rogers, Jr. (lead vocals, keyboards), Paul Waggoner (lead and rhythm guitar, backing and lead vocals), Dustie Waring (rhythm and lead guitar), Blake Richardson (drums), and Dan Briggs (bass, keyboards) – broke-through with the 2007 the album release Colors, followed by The Parallax: Hypersleep Dialogues EP in 2011 and The Parallax II: Future Sequence a year later. 2015 saw Coma Ecliptic elevate them to new heights yet again. Not only did it hit #12 on the Billboard Top 200 but it also garnered widespread acclaim from Noisey, Revolver, Alternative Press, and The Guardian who welcomed the album with a rare perfect score.

In 2018, Between The Buried And Me delivered their two-part, eighth full-length and introductory offering for Sumerian Records, Automata (Automata I and Automata II), acclaimed by fans and critics alike.

In between studio sessions, the band launched countless sold-out headline tours and support runs including a few Aussie adventures, their most recent back in 2016 in front of packed out rooms.

An Evening With
BETWEEN THE BURIED AND ME