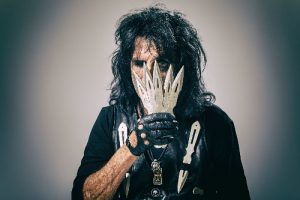 Alice Cooper is leaving a trail of “Breadcrumbs” by releasing a tribute to some of the Garage Rock Heroes from his hometown Detroit.

Inspired by the city’s punk scene in the late 60’s and early 70s, Detroit born Alice Cooper returns to his roots and the raw garage sound his fans love.

The opener “Detroit City 2020“, an updated rewrite of “Detroit City” from 2003’s “The Eyes Of Alice Cooper”, sets the tone for the EP. Along with Alice’s own take on Detroit punk classics such as Suzi Quatro’s “Your Mama Won’t Like Me“, Bob Seger’s “East Side Story“, the MC5’s “Sister Anne” and Shorty Long’s “Devil With A Blue Dress On” as well as The Dirtbombs’ “Chains Of Love”, the EP also features the brand-new Alice Cooper original “Go Man Go“.

Earlier this week, the overlooked Bob Seger classic “East Side Story” was premiered on Billboard:

Following his extremely successful album “Paranormal“, the “Breadcrumbs” EP is the first teaser for the upcoming new studio album in 2020.

“Breadcrumbs” will be released on Friday, September 13th on earMUSIC and is available on digital and as limited & numbered 10″ Vinyl
with only 20.000 copies worldwide – sold at very special price. 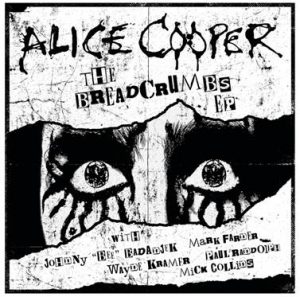 Alice Cooper will be touring Australia in 2020!