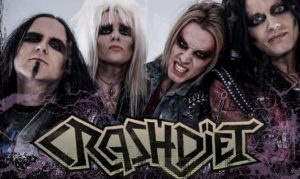 Sweden’s own sleaze metal pioneers are back with the new music video “Idiots”, which is the third single off the upcoming studio album “RUST” that will drop on September 13th through Diet Records and Frontiers Music SRL. “Idiots” was once again shot by Jimmy Johansson (Super Lino Puro) who also produced the bands two previous videos “We are the legion” and “Reptile”. The music video has obvious similarities of some of the most iconic Rock n’ Roll movies and documentaries of all time, according to the band themselves.

“We would like to see this as a tribute to the best movies ever made” says guitarist Martin Sweet.

“RUST” is the first studio album in 6 years and will be the follow-up to 2013 effort “The Savage Playground”. It also signifies the first album to feature latest addition, vocalist Gabriel Keyes, who joined the band in 2017. “RUST” was produced by Martin Sweet (apart from two tracks produced by Eric Bazilian and Chris Laney) and mixed by Chris Laney, who previously worked with CRASHDÏET on their 2005 critically acclaimed debut “Rest in sleaze”. 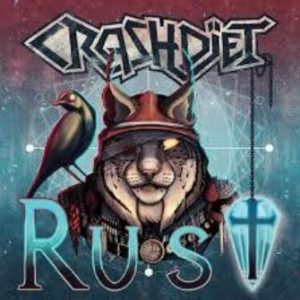