Palace Of The King + The Poor – Announce When The King Met The Poor Tour August 2019! 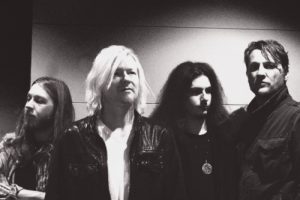 Check out the video here!
https://youtu.be/dVU79uk_xHI

Download/Stream One Of These Days now!
smarturl.it/oneofthesedays

The band have just added a stack of dates with one of Australia’s greatest ever rock bands, The Poor!
Adding to an already packed winter for POTK seeing them play a stack of dates across June, July and now August!

Palace Of The King supported the Get Right With Your Maker album with near constant touring throughout 2018, including a huge 8 country European tour before heading back to Australia for sold out, seperate tours with Baby Animals, Rose Tattoo and The Screaming Jets.

The guys are showing no signs of stopping with a mountain of tour dates coming up over the winter months! 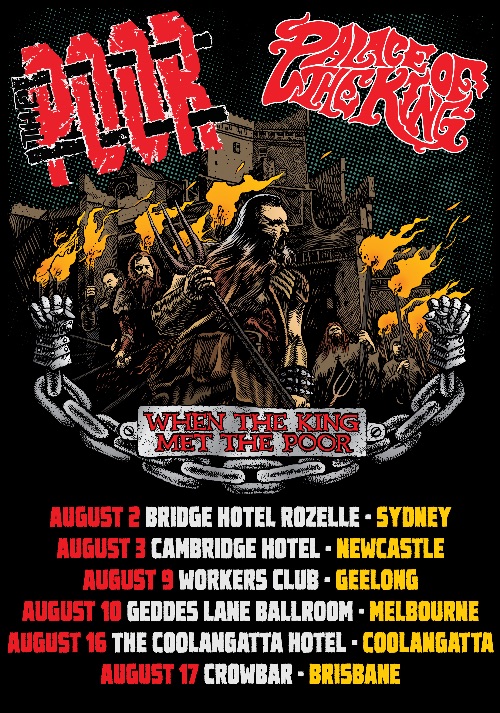 Get your tickets here
Palaceofthekingmusic.oztix.com.au

Formed in late 2012, Palace of the King, have become known for their bluesy, soul-infused, riff-heavy, psychedelic rock n roll.  Touring constantly, Palace of the King average 100 shows a year!
They’ve headlined three tours of Europe, spending 4 – 8 weeks on the road there every year since 2015. They’ve supported Airbourne in the U.K and France in front of thousands of rabid rock fans, played the USA twice in 2016 and 2017, headlined the Black Woodstock Festival in New Caledonia and circled Australia dozens of times in a tour van. They tour more than any of their peers because even though they’re a fully-fledged new millennium rock band, they also believe in the old school work ethic of the old school rock bands.

If you’ve never heard a Palace Of The King record before, there’s no better place to get on board than right here with One Of These Days.

One Of These Days is available now!
smarturl.it/oneofthesedays