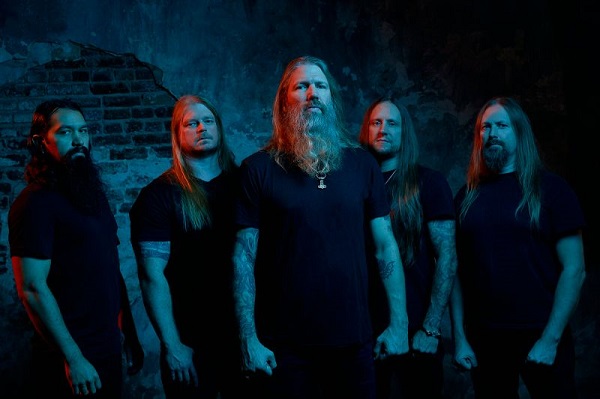 “…we always fight to get to the next level, this kind of fire burning all the time, I think this is what you need as a band to reach somewhere, you really need to have this spirit to work hard and always look to what can we do next time…”

From Release: Comprising 12 monstrous heavy metal anthems that bulge with irresistible melodic hooks, bursts of thrilling savagery and moments of spine-tingling dynamic drama, Berserker is the result of the huge surge of creativity and a collective desire to keep moving forward with no compromise. Berserker is an album full of trademark Amon Amarth bluster and bite but with every aspect of the band’s sound somehow refined, sonically enhanced and made vastly more potent, both in terms of metal oomph and emotional power.

While at home in Sweden, we chatted with Ted from Amon Amarth about the band’s new album ‘Berserker’, its creation, the band’s longevity, touring, and more…

We’re here because your new album is on the way, so what does Berserker represent to you?
I mean it’s just like the most badass warrior there is in the world, it kind of like represents our music pretty much, we want to be heavy, cool, I don’t know, it’s a warrior.

In terms of creating the songs for this album, what if anything did you do differently this time around?
When we wrote the songs the big difference from the last album is basically we start with the music this time, last album was more of a concept album where we had a whole story to follow. This time we basically wrote all the music from scratch and then we decided lyric themes afterwards, we sent the music to our singer and he would write lyrics afterwards. Otherwise the procedure was pretty much the same, we don’t really have a rehearsal room anymore, everybody works at home and we are sending files over the internet and everybody’s practising and then we meet up and put the songs together after a while and see what we have.

Eleven albums in now what for you has been the most consistent thing you do in the studio over all these years?
Some parts have pretty much been the same over all the years, you’ve got certain rituals on how you do stuff but I mean with technology and how you develop as a band and as musicians everything changes, from the first album recording with an old school tape deck and you had to record everything in a single take, and then digital came in and you change the way you record and I think it’s difficult to say if you don’t know how recording works but some things are completely different from when we started and some things we do the same as we did twenty years ago. 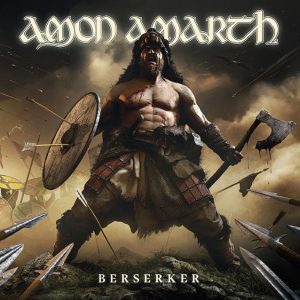 Having Jocke in the band and having him out on tour for the last couple of the years and now in the studio was it an easier experience having him in the studio with that touring experience under his belt?
Yeah I think it’s been two years playing with him all these shows and when we entered the studio this time it didn’t really feel like we had a new drummer, I mean it was the first studio experience for him with us and it felt like we’d been playing forever basically so we had no issues whatsoever, everything went really smooth. It’s been good to have him play for us a couple of years before entering the studio because it’s made everything very easy.

For this album you brought in Jay Ruston as the producer, what did he bring to the band that you felt may have been missing before?
Well I think most of all it was a different view, he’s the guy from outside and that’s why we change producer every now and then because you want to have a fresh look on things because the way we work we’ve been playing for so many years together we might get like blind after a while, you don’t really know what you’re doing and just do the same thing over and over again and he would be the outside source. I think he had a lot of stuff involved with the sound like how the guitars sound and drums sound and things like that. Also the way we recorded this album was more like we recorded each song one by one, so we finished each song before we moved on to the next song which is a little different from what we did with Andy Sneap for example.

What was the idea behind doing that?
Actually he brought up the idea and we thought that would be fun so that’s why we chose him because he usually tries to record like that, Jay Ruston, then you can always record a song and you can go back after maybe three or four songs and go back to the first song and listen to it and see if you want to change anything because everything is set up during the whole studio experience.

Your live show is always a spectacle, when can we expect to see you back in Australia?
Yeah of course we will be back in Australia, there’s nothing that we have planned or announced right now but we will definitely be back for this album, so you’ll have to look out in the press to see when we come.

In the twenty seven years you’ve been in this band it can be easy to say what’s changed but what would you say is the one thing that’s stayed the same in your time in Amon Amarth?
I think we have had like the whole driving force behind the band, we still love what we’re doing, like always aiming to go to the next level. Sometimes it might be you do things like an every day job but we always fight to get to the next level, this kind of fire burning all the time, I think this is what you need as a band to reach somewhere, you really need to have this spirit to work hard and always look to what can we do next time, how can we make this better next album or what can we find that will make Amon Amarth next level?

For me I love your music but I love the live show more, is that the most important part of what you do?
I wouldn’t say it’s the most important but it’s a big part of our music, music always comes first of course, that’s how we started but we’ve always been dreaming of doing these big shows like Iron Maiden or KISS style shows it’s like you want a live show to be more than music and have a whole experience like theatre. So it’s really important and now we’ve been growing as a band we can afford to do bigger shows and we’re really happy about that because it makes our lives more fun too, it’s not only for the fans we also enjoy doing this when we can do bigger shows.

You mentioned you’re heading out on your and heading out with Slayer…
Yeah that’s going to be the first thing we do on the new album we’re going to support them on their US tour starting in May, so that’s gonna be kick ass. Slayer has been a big influence to us over the years so we’re really excited to go out and play with them. It’s a cool line up too.

Outside of that tour, what have you got lined up for the near future?
After the Slayer tour we go back to Europe and then we do a lot of festivals over here, then after that we’re taking a short break then we have some headline touring coming up for the remainder of the year. We haven’t announced everything yet but there will be some headline tours coming up.

Now with the album, I have to ask about the song ‘Mjölner: Hammer of Thor’, are you a Marvel fan?
Oh yeah, I’m a big fan of the Marvel movies and also the cartoons, I think it’s pretty funny that the whole Thor thing is growing really big because it kind of helps us when people know what we are talking about.

Are you excited for Endgame, what do you think will happen?
Oh yeah *laughs* that’s a good question, I don’t know I’m very excited! I’m really looking forward to that to see what they can come up with in the end story.

Lastly let’s look ahead to the future, finish this sentence for me, by the end of 2019 Amon Amarth would like to…
Go on a break and celebrate Christmas *laughs*. 2019 is gonna be all about touring, we’re gonna continue into 2020 so it’s going to be probably two years from now that we’re gonna be out on the road. So maybe after 2020 we’ll see what’s coming up.