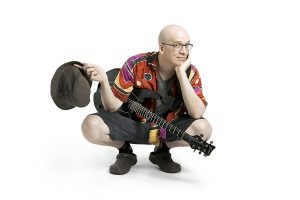 Canadian progressive heavy music genius, Devin Townsend, is pleased to announce a very special Australian ‘An Evening With’ solo acoustic tour. The intimate evenings will feature Devin performing tracks from across his catalogue, as well as taking part in a Q&A where fans will get to know more about what Devin is up to at this stage in his career and the newly released album, Empath. This will prove to be a unique & special experience for all in attendance.

He comments: Hello everyone, Devin here. I have been busy making my newest recording, EMPATH over the past year. It has been a complicated and enlightening experience in that I have gone back to my roots in terms of what my motivations are for making music, in hopes that I am able to move forward as a musician being as true as I possibly can to my motivations. The result is an album that I am exceptionally proud of, one that is uncompromised and diverse in ways that accurately represent where I’m at now at the age of 46. The past decade of relentless touring with DTP had been something that caught up with me in a big way, and as a result I felt I needed to step back from that world and analyse myself and make this music before stepping onto a stage again. The time has come however for me to take the next step in my career, and when asked about how I would like to do so, I decided the first thing I would do was a very intimate run of shows that allows me to play my music stripped back to just me and a guitar. The shows are at nice venues, and includes a spoken word element with questions from the audience as well as aspects of my entire career represented in this one show.

Before I tour with a band again, I wanted to have the opportunity to play for you, and meet up with the people who not only have made my work possible, but inspire me to continue. In a world of computers and social media, to be stripped of all the bells and whistles is a very important step for my reintroduction to the live concert world. I truly hope you’ll join me and I look forward to being the most honest I can be with you at these special shows.

Thank you to Andy Farrow and Northern Music, Thomas Waber and Inside Out records, as well as all who have supported me during this period. I have not been as proud of an album as I am of Empath in many years, and I really needed to get this out of my system.

See you at the shows.
Love
Devin Townsend

TICKETS ON SALE NOW FROM TROUBADOUR-MUSIC.COM
ALSO INCLUDES FAN Q&A AFTER THE SHOW

Devin recently announced that he had signed a brand new contract with InsideOutMusic on the eve of their 20 year anniversary of working together, for the release of new albums including ‘Empath’ in 2019.

Devin comments: “In an Industry that is tenuous at best, we need to make alliances. In opposition to the old ideas of ‘us against them’ when the discussions turn to art vs commerce, we need allies. I have been an independent artist for many years, and 20 of those years have been with INSIDE OUT MUSIC. When others were afraid to really put effort into packaging, product, and the actual recordings, due in large part to a dwindling industry, INSIDE OUT has championed my work since the turn of the century.

Because throughout it all, more than anything, I want the art and the music to be done correctly. I want to learn from my missteps and I want a group of business partners I can rely on to go to bat for unconventional music in ways I simply could not do on my own. I’m proud to say I’ve been with INSIDE OUT for many of those years that have defined me as an artist. It’s a pleasure to re-sign with them for my newest works. Thank you.”

In what has been a rare quiet year for Devin when it comes to touring, there has still been plenty of activity. On September 22, 2017, Devin Townsend Project played a special show at the Ancient Roman Theatre in Plovdiv, Bulgaria, celebrating the 20th anniversary of the landmark Ocean Machine album in full, as well as a set of fan-requested tracks alongside the Orchestra of Plovdiv State Opera. This concert was filmed, and recently saw its release as Ocean Machine – Live at the Ancient Roman Theatre Plovdiv. You can watch two videos from the release: Regulator and Truth.

Devin’s varied back catalogue is also being celebrated with lavish vinyl box-sets under the name of ERAS. Having already released parts 1 and 2 earlier this year, December 7th will see the release of part 3, which features some of his most recent work with Devin Townsend Project, including the albums Accelerated Evolution, Epicloud, Sky Blue, Transcendence & the first ever vinyl release of the second part of the DTP’s now legendary Royal Albert Hall show. 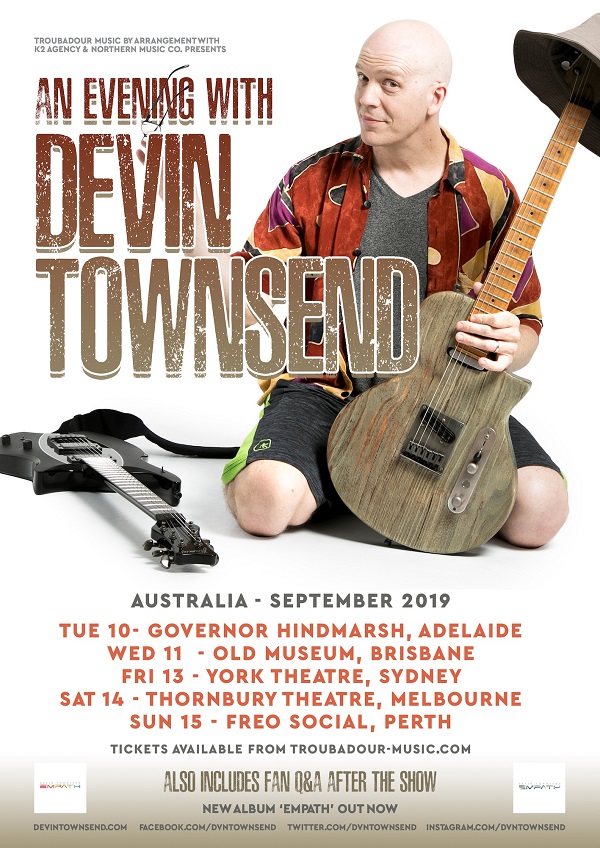