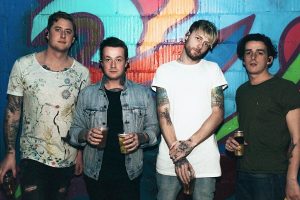 Following the release of their fifth studio album ‘Rituals’, British alt rock turned ‘hard pop’ band Deaf Havana are returning to Australian shores in August – rejuvenated, rebooted and ready to go.Deaf Havana have been an enduring force in the British alt rock scene for almost a decade and a half, releasing five studio albums over 14 years. Their latest effort, ‘Rituals’, was released in August 2018 and has been described by the band and critics alike as an evolution of their sound. Featuring singles Sinner, Holy and Worship, frontman James Veck-Gilodi says that this album was written to be thematic. ‘Rituals’ scored Deaf Havana their second consecutive UK Top 10 album, and featured Singles of the Week on BBC Radio 1 and Virgin Radio, plus support from some of the UK’s most esteemed publications. After scoring the headline slots for multiple UK festivals, Deaf Havana have truly got their live shows down pat; described by Rocknload as “polished, passionate and beautifully executed, it’s easy to understand why they’re now reaping the rewards for years of first class musicianship. Deaf Havana has become a machine, rolling from city to city, consuming audiences in their droves.”After their last trip to Australian shores as the main support for Placebo‘s 2017 national tour, Deaf Havana have grown, as individuals and as a band. Unafraid of changing direction, baring all and making people dance – the four piece are set to continue their 2019 UK & US headline tour run around Australia this August.Tickets on sale Thursday 30th May @ 10am via Destroy All Lines

TICKETS ON SALE THURSDAY 30th MAY @ 10AM
via DESTROY ALL LINES 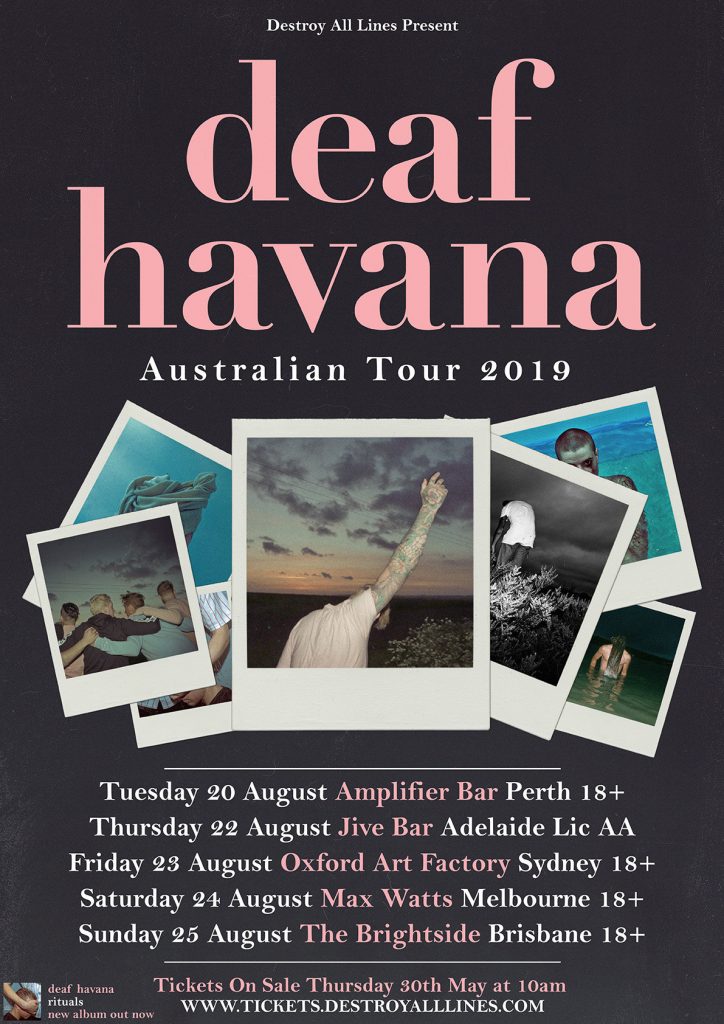