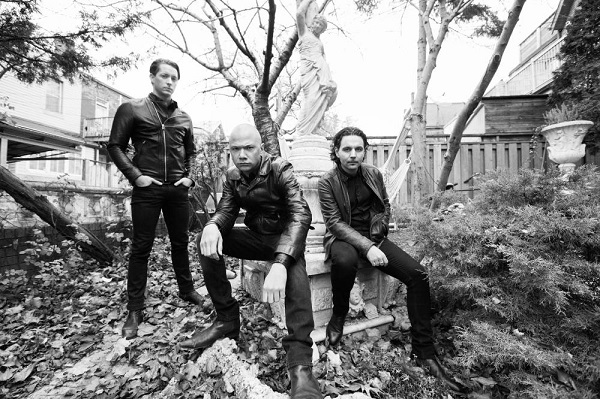 From Release: Rock ‘n’ roll ain’t no luxury item. It’s essential. It’s the blood in our veins and the fire in our hearts. And nobody does it better than DANKO JONES. Danko Jones have grown in strength with every new album and breathless round-the-world trek. While touring with everyone from Volbeat to Guns N’ Roses, Danko and his comrades have earned a formidable reputation as one of the few modern hard rock bands that truly unite the tribes, bringing punk rockers and metal purists together through sheer force of personality and amp-wrecking oomph. Armed with a new album ‘A Rock Supreme’, another non-stop blitzkrieg of irresistible, energy-packed anthems. Sharper than ever after yet more years on the road.

In Toronto digging himself out of the snow, Danko Jones took the time to give us a call to talk about the band’s new forthcoming album ‘A Rock Supreme’, its sound, its creation, his thoughts on where rock is today, and much more…

It’s been about four years since we last chatted so let’s catch up, how have the last four years been for you?
Hectic, crazy but good, very good, we put out last time I guess was the ‘Wild Cat’ album and the ‘Fire Music’ album and ‘Fire Music’ was probably the last time and the reason we talked and that did well for us, then we put out ‘Wild Cat’ and that did well for us as well, because at the point we were just getting used to people crapping on our band *laughs* but for some reason after ‘Fire Music’ it was across the board positive reviews, but now with ‘A Rock Supreme’ the feedback that I’m getting from the people that have heard it, it’s really positive. I’m not surprised and I’m not trying to sound arrogant I just want people to hear it; I’m excited for people to hear it.

It really is a kick ass album, so if you could give us three words that you think sum up the album perfectly what would they be?
Three words would be the title, a rock supreme, it’s another eleven hard rock songs by us, we’re not rewriting anything, we’re not reinventing anything, but we’re just trying to make the best hard rock music we can and I think we’re doing it. I’m very satisfied with ‘A Rock Supreme’ very, very satisfied.

You know we’re all about the rock here, hell it’s in our name, and you’ve delivered a straight up rock album which we love, going into the album did you have an idea of how you wanted it to come together or did it just flow out?
Oh just flow, I mean I think I’ve tried in the past to imagine how it’s going to sound like or make an album sound a certain way and it always ends up different to what you originally thought. So over time you just write a bunch of songs, first of all come up with some riffs that are catchy to your ears, see if they are catchy to your other guys and once they are you start working on songs and always using your ears as the compass as whether or not this is good or not. We play a very simple type of music, hard rock, it’s not prog, it’s not jazz, so it’s really easy to determine whether this song we’re working on is good or if it rocks, if it doesn’t rock we delete it. If it’s meandering we delete it, if it’s too busy, we delete it. It’s just gotta be straight right between the eyes, heavy, hard, catchy. Very simple. 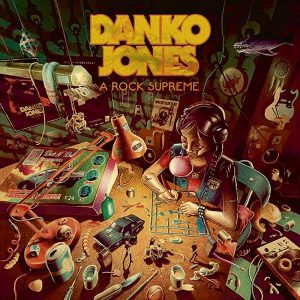 You’ve made the cleanest sounding dirty rock album I’ve heard in ages, the production is outstanding on it. What did working with triple G Garth Richardson bring to the studio for you that you felt may have been missing in the past?
First of all thanks for that, that is a great description of the album, and if there is something I was shooting for that’s what I want the end result to sound like, a dirty, slick album. Working with Garth was amazing, we heard for a few years he wanted to work with us and of course we wanted to work with him, we loved his albums he worked with and the bands he worked with and the albums that came from his sessions with them, so the only thing was he was in Vancouver we were in Toronto and it meant us travelling to Vancouver and it was a bit of a blind date at first and eventually we realised hey we get along. Then talking to Garth and hanging out with him we both realised we grew up like ten minutes from each other in Toronto, so that is crazy and that was probably a reason we were really able to get along with each other, and Garth is just the best. His experience speaks for itself, he’s a great producer, he knows how to produce a band and doesn’t stomp on their ideas, he knows when to come in and to leave it alone and he just knows how to get sounds. It was a blast working with him.

Nine albums in, how if in any way does the creative process differ now compared to your earlier releases?
Well you know we started off as a garage punk band and the whole aesthetic of garage punk is keep it lo-fi and keep it really super simple, prowess on one’s instrument is frowned upon and it was confining and we wanted to expand everything, our sound and our boundaries and places we could play so we transitioned into jut a hard rock band. It lost us a certain section of people but it gained us more and allowed us to travel farther and more, and we accessed places we couldn’t before. I’d say we’ve been on this same track ever since. The process of writing songs now is easier, we’ve chiselled out the way we work together, we know how each other works by now and that’s probably what’s changed is the fact that the conveyor belt has run smoother I would say.

It’s been a while since you’ve hit Australian shores, any plans to come back and see us?
Yes, it’s happening, there are dates already booked! I think the last time we talked there were no dates on the horizon and now as we talk the dates are sealed.

As an author and podcaster, you’re spreading the word of rock, what are your thoughts on where rock is today?
Yeah… that’s kind of a Pandora’s Box you’re opening with me. Rock is there, rock is alive but it’s underground, it’s an underground kind of music and I don’t think people realise because the term rock and roll is so embedded in pop culture that everybody assumes that rock and roll is a popular form of music, it’s not, it’s gone the way of jazz, it’s underground now it’s a very small audience and the audience is dwindling. People are talking about oh there’s huge bands like The Foo Fighters and The Stones, what happens when they go what’s gonna happen? Well it will just go the way of jazz. As a fan of music and a lover of underground music for years and a champion of it myself I don’t mind, I want to play in front of a lot of people and we do depending on where we are in the world but I’d like it to be cool again, rock and roll the genre wasn’t cool that’s why it lost a lot of appeal, it got co-opted by pop culture, it became a thing that people said to just mean party, it just became synonymous with that term which meant nothing, it just meant good time. It didn’t have anything to do with music, and there’s a few bands that have been doing it for a while, trudging along without breaking up, without cashing in on a reunion, and there’s a lot of newer bands that are out there doing it despite the fact, and they know that rock and roll is not a popular kind of music. I do this thing on my podcast once a year and I’m due for it again where I highlight ten new rock and roll bands out there doing it and I’ve done it two years in a row and I’m going to do it again this year and there’s tonnes of bands like Admiral Sir Cloudesley Shovell, Judah, Dead Lord, Royal Republic, Biblical, Public Animal, I can go on and on and on, 77, Imperial State Electric…

Looking back was there one piece of advice you were given when you started making music that you still go back to to this day?
Keep it simple. Honestly that’s something that stayed with me.

Lastly let’s look ahead to the future, finish this sentence for me, in 2019 Danko Jones will…
Rock the world.