Anders Fridén of In Flames 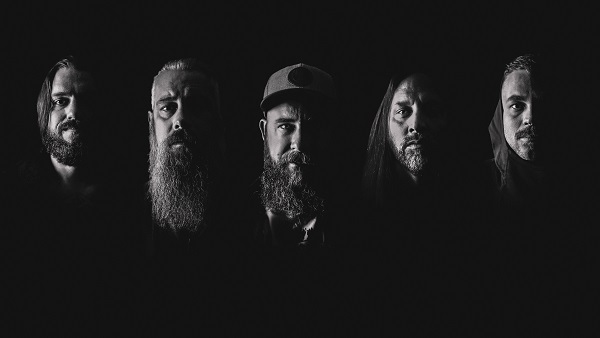 “…it’s a hobby that turned into a job that still in some ways is a hobby, I love music I listen to great music and it couldn’t be better, I couldn’t be happier. I’m so fortunate that I’ve been able to do this for a long time.”

From Release: At this point, IN FLAMES are less of a band than they are a musical institution in the heavy music world. Since helping create Sweden’s legendary “Gothenburg Sound” three decades ago to their current status as melodic metal monoliths, the act have constantly eschewed trends in order to forge their own musical path. This is evident on their 13th full-length ‘I, The Mask’.

While in rainy, cold Philadelphia Anders gave us a call to talk about the new In Flames album ‘I, The Mask’, its creation, producers, touring, and more…

Congratulations on the new album it’s killer! What are your feelings like around release time?
I’m just excited that it’s out, I want people to hear it. I’ve had it since we recorded it between February and May last year and I just want people to listen to it you know. I’m excited. It’s like it’s out and now we can focus on going on from here.

So if you had to sum up ‘I, The Mask’ in three words what would they be?
Excellent, brilliant, Godlike *laughs* no, no, I would say melody, aggression, In Flames, I say In Flames because people know what to expect.

What if anything did you do differently this time around compared to previous albums?
I don’t think we did that much different, I think we perfected our way of writing and my relationship with Bjorn the way we write it’s better than it’s ever been, we started with nothing, we came to LA and the house that we lived in we built a small studio or a demo studio you can say and it just started from there. As soon as I heard the opening riff of ‘Voices’ I said “oh that’s it, that’s the first song we should do” and then we started to build the album from there. Working with Howard Benson and his team has given us a lot of energy to do what we do It’s a great team and very on point when it come sot recording and so it makes it quick from idea to tape.

I was going to ask about Howard Benson as you’ve worked with him before, why was he the right guy to go back to for this album and what does he bring to the band?
When we decided to go outside of our little world and use a producer sort of like him we talked a little when we were talking about doing ‘Battles’ with someone else we talked to seven or eight producers, really well known ones. We talked to Howard and he said I’m not going to change you guys I’m just going to make you more on point and record and when it’s time to record you are prepared, I mean he listened to the demos that we did and said ok that is great, that not so much and things like this and that and maybe the chorus should be here and this should go here, and it’s very calm. I record my vocals with him and he’s very good with harmonies and he found a good way of working where I do the main part and he comes up with a harmony on the piano, and I come up with something on a piano and he just pushes me, like you sound too tired, or you sound too Swedish, or that’s not the way an American would say something and it should be this and should be this. It’s all really, really good and obviously he’s been in the business a long, long time and he knows what he’s doing. 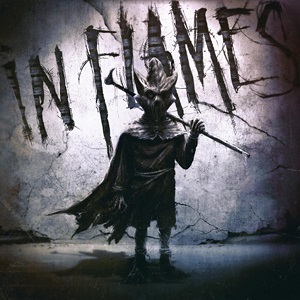 I always like to pick one song from an album that’s my favourite, and ‘Follow Me’ is the one, purely because of its amazing key change, can you tell me a bit about that song?
We wanted to bring some acoustic stuff back into our music, we did a bunch of acoustic sessions where we went to radio stations and played acoustic and we played live a few times. It was  a fun time and we wanted to do some songs built around that but at the same time take it further and make it heavier. Lyrically it’s about someone I know really well that just needs some guidance and some comfort in life, so yeah that’s all I want to say about that. I don’t really like to explain things in detail because in today’s music scene everything needs to be explained or gets to be explained in detail and there’s no mystery, if I tell you what it’s about you go, huh, and then it’s maybe not as personal as maybe you have a whole different experience and it speaks to you in a whole different way. I don’t want to destroy that, I want that to be yours. I’ve done with this, I see my lyrics and it’s a therapy session, I write it down and get it out of my system and I can let go and continue and I want this to resonate with you on a whole different level.

So, we love you guys here, and to me these songs sound like they need to be played live, so when do you think we might see you back in Australia?
You are fucking right my man! *laughs* We love to play live and I love touring Australia, the people are great and obviously it’s warmer than Sweden so we love that and the food and beer, and I don’t know I wish I had an answer to tell you when we’re going to come back, I hope it is sometime this year but I really don’t know exactly as it’s not up to us that part. We do the music and other people decide when and where in the world we should be.

Thirteen albums and almost twenty five years in what do you still enjoy about being a part of In Flames?
I love going into the studio with nothing and coming out with something that you feel is complete, that I feel is complete, that’s amazing. Travelling the world and meeting our fans and seeing their faces and how they sing and smile and the energy that they bring, I could do this forever and ever if they are still there cause if nobody would listen and I would feel at some point that playing live and doing this is not fun then I would then I would quit. I love it, it’s a hobby that turned into a job that still in some ways is a hobby, I love music I listen to great music and it couldn’t be better, I couldn’t be happier. I’m so fortunate that I’ve been able to do this for a long time.

Over time it’s easy to say what’s changed but what would you say is the one thing that’s stayed the same in your time with In Flames?
The feeling of freedom, I am having the same approach to our music as I had back in the day even though it sounds different, different studios, different producers and you learn a lot but doing the same job for twenty five years you sort of perfect your skills in a way, just to me the people around me that listen to music say I don’t like this era or I don’t like that era or whatever, but to me I have the same approach, I do what I do I don’t let anybody control me when it comes to the artistic side and obviously there are things you have to here or there and do compromises you know, but musically that is the same.

Lastly let’s look ahead to the future, finish this sentence for me, in 2019 In Flames will…
*laughs* Drink a lot of beer and be in a lot of places around the world.

Latest Release: I, The Mask (Out Now – Nuclear Blast)