GRETA VAN FLEET confirm their return to Australia this September 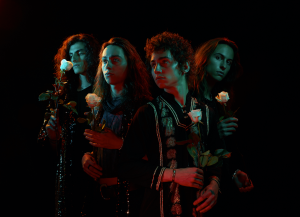 The band were unable to perform their Brisbane and Melbourne shows of their “March of the Peaceful Army” World Tour in January due to front man Josh Kiszka falling ill and receiving medical advice to rest his voice.

Drawing rave reviews for their two sold out Sydney shows, Greta Van Fleet totally lived up to their reputation of being one of the most buzzed-about new rock bands today and their fans now fortunatelywon’t have to wait too long for their return.

On Sunday, the band took out their first ever Grammy Award for Best Rock Album, for their From The Fires EP as the buzz continues to build…

The new shows will take place on:

ALL TICKETS for the postponed shows remain valid for these new dates without the need for exchange.

Any fans who have refunded their tickets will be able to repurchase during an exclusive 23-hour window from 12 PM on Thursday, 14 February until 11 AM on Friday, 15 February.

There are limited tickets available for the Brisbane and Melbourne shows which will go on sale to the general public from midday on Friday, 15 February. 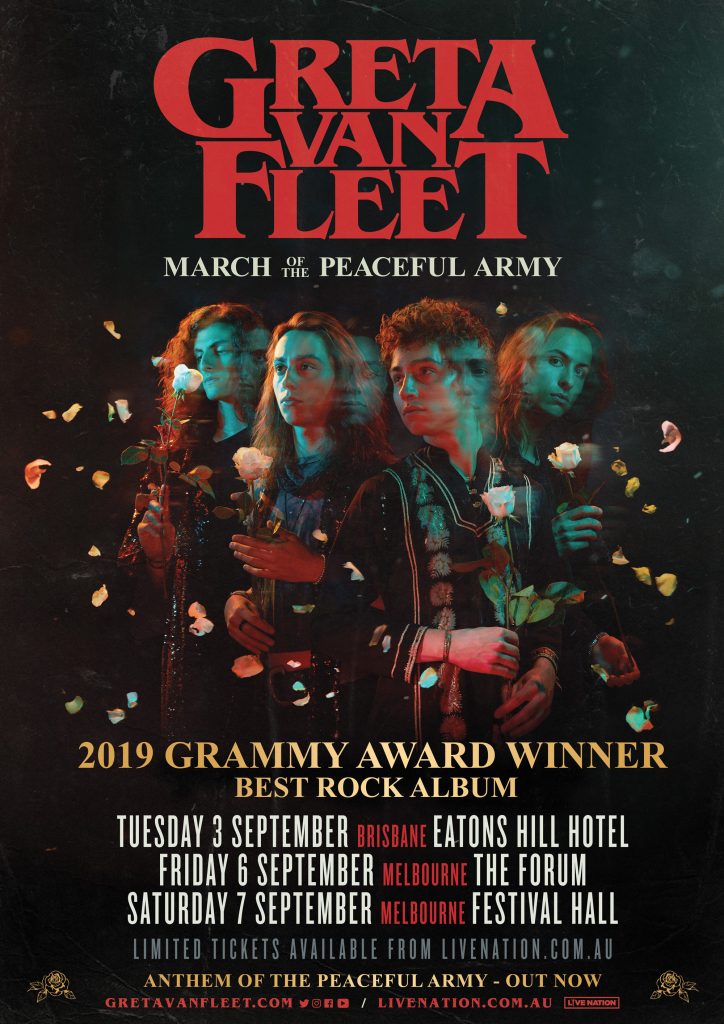 Twenty-seventeen went on to be a wild ride of sold-out concerts in North America and Europe, glowing press, accolades from a slew of fellow artists from Elton John to Nikki Sixx to Justin Bieber, millions of YouTube video plays and Spotify streams, two #1 EPs, a Gold record in Canada, and most importantly, the genesis of an extraordinary connection with their fans.

The band’s debut album, Anthem of the Peaceful Army, was released in October 2018 (Lava/Republic Records). It came crashing into the ARIA Top 10 and has turned the rock world upside down. There hasn’t been a rock record to light the fires like this in a long time!

The album’s first radio track, When The Curtain Falls, took a mere three weeks to explode into the Top 10 at Rock Radio. Since its release in July, the song has accumulated more than 40-million streams, and 10-million-plus views of the music video.

On Sunday, February 10, 2019, Greta Van Fleet won their first Grammy Award for Best Rock Album for their From The Fires EP

Any fans who have refunded their tickets will be able to repurchase during an exclusive 23-hour window from 12pm Thursday, February 14 until 11am Friday, February 15.